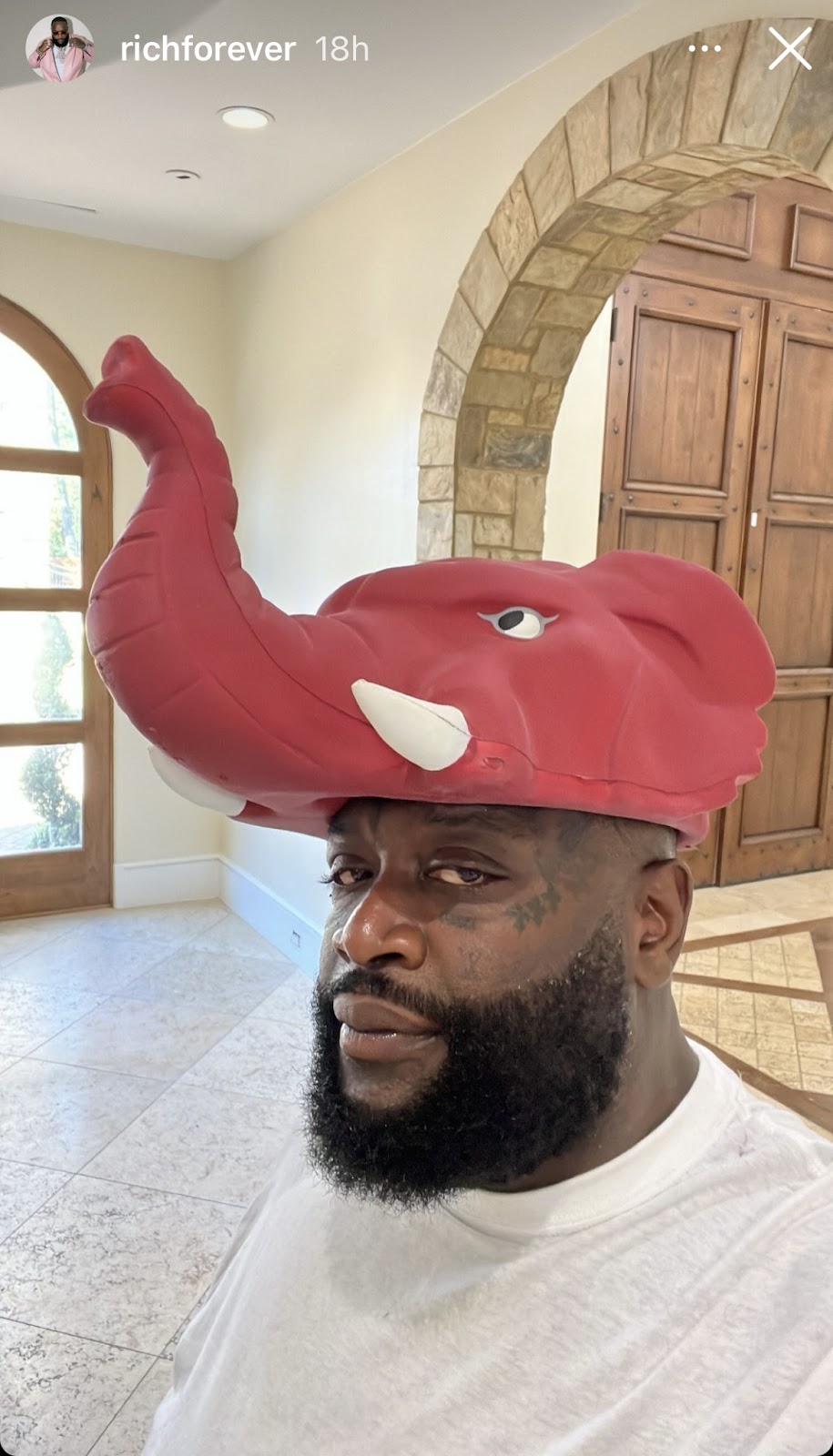 Ricky Rosey shared a heated debate he and his team was having about whether he is a hoarder, while he showed his mansion covered in clothes, and shoes, stating his things are ‘National Treasures” in a series of posts on Instagram Stories.  Clearly having more than he needs, Ross assures his followers that he is not a hoarder and that his massive collection of clothes, shoes, accessories, coats, and more occupying his floor was simply a result of some “real boss sh**t.”  Should Rosey have a yard sale?  He asked his fans who also shared multiple polls in his stories as he and his team tried to organize some of his drip.  “Listen, man, what y’all do with all y’all clothes, all y’all shoes? I’m trying to organize some of this shit. Man, I got this shit spilling out every goddamn were, man. … Should Rozay have a damn yard sale? C’mon, man. I’m talking about all the closets full, that shit all over…it’s like I’m fighting through shoes. … This ain’t no hoarder. This rich boss shit going on right here,” Stating that they are of value to him but he had to make more space. “Don’t get it twisted, I’m not finna be caged in, not being able to—c’mon, man.”

Rosay tried to defend himself by trying to find the meaning of hoarding saying “When it’s filling all the way up the steps and it’s blocking functional space”  I guess for Ross that would mean going all the way up both sides of the steps.  “That’s when it’s hoarding,” he says, “Until then I’m just a fucking hustler, man.”  Proceeding to show and ask his team about the things he is not hoarding which included asking: “Can you have too many books?  Can you read too much? “ and, “How many timepieces do you have before you consider it hoarding?”  “You can never tell know one this is hoarding when you are collecting your favorite memorabilia.” He shares showing the following pics.

So what do yall think Ricky Rose should do? Yard Sale, donate it? or keep? Let us know by hitting us up in the comments.