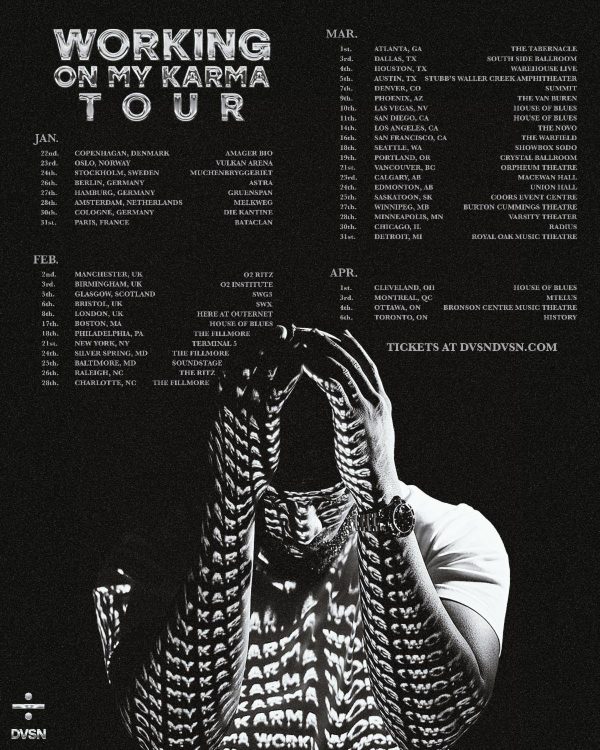 The Working On My Karma World Tour has been announced by DVSN. Since the beginning of their career as a pair, DVSN has embarked on three headline tours.

Beginning in Denmark on Jan. 22nd, the Working On My Karma Tour will play 13 gigs making stops in Norway, Germany, France, the United Kingdom, and other countries. The group will next perform in 31 locations in the US and Canada, starting on Feb. 17 in Boston and finishing on April 6 in Toronto, which is where they were born and raised. Atlanta, New York, and Los Angeles will all host performances by DVSN. The general public can purchase tickets on Nov. 11 at 10 a.m. local time. On the Working on My Karma Tour, DVSN is offering special VIP packages that include a meet and greet, early access into the venue, autographed merchandise, and more; these packages are available at dvsnvip.com.

You can see the full run of the dates below.