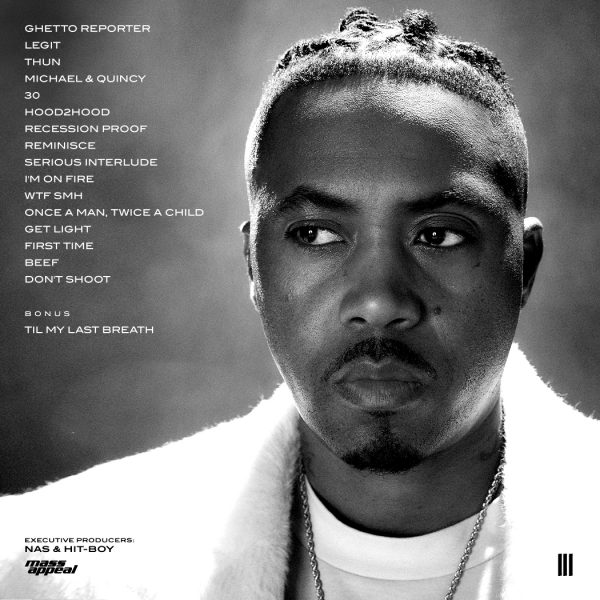 The track listing for Nas’ upcoming album King’s Disease III, releasing on Friday, Nov. 11 via Mass Appeal, has been made available. Hit-Boy is the album’s producer, and Nas and Hit-Boy are its executive producers.

Nas won his first-ever GRAMMY Award in 2020 for King’s Disease. He was nominated for both the first and second King’s Disease albums in the Best Rap Album category.

You can see a trailer for the album below.