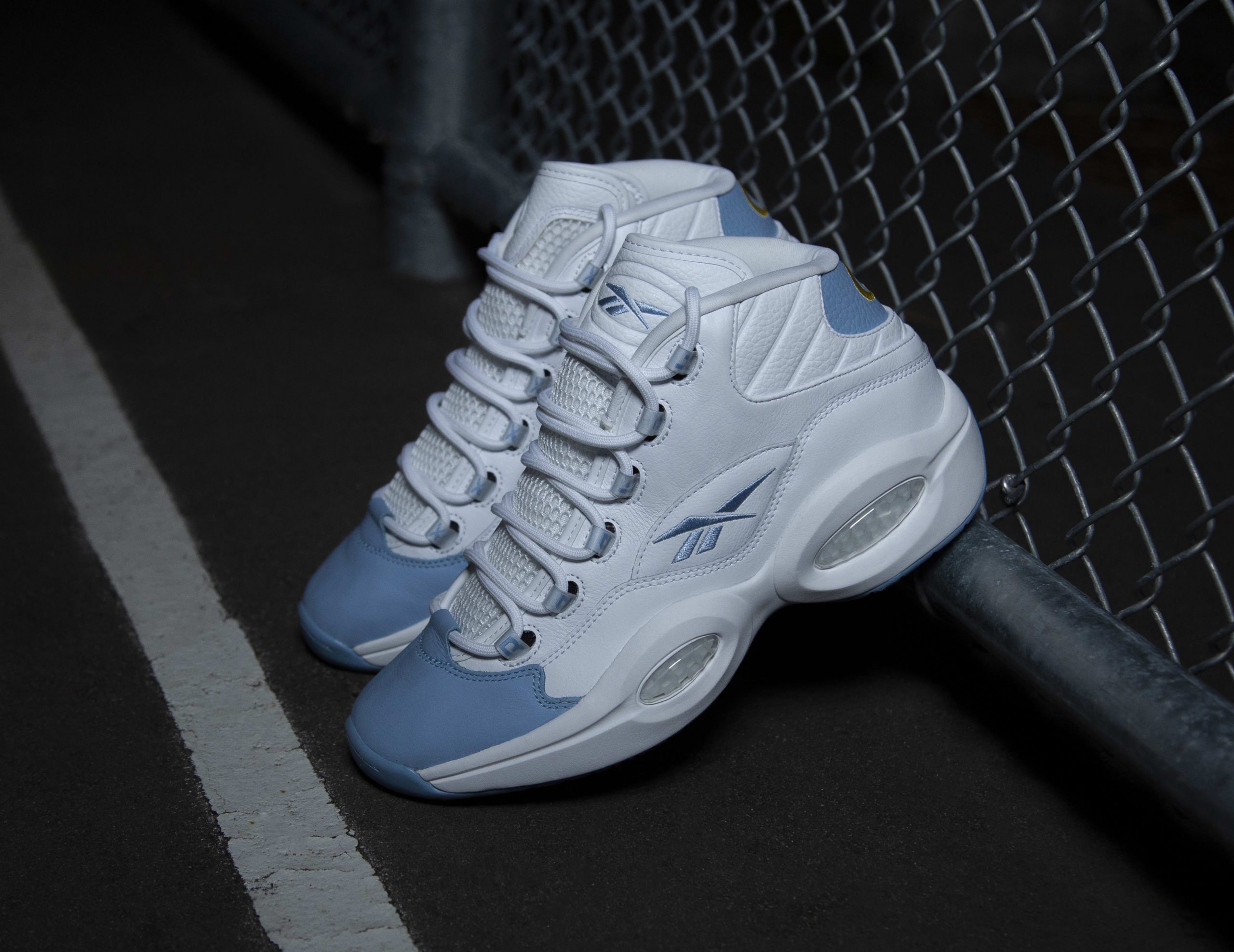 Reebok Question Mid Denver Nuggets ‘On to the Next’ Release Date

Allen Iverson was best known for his time with the Philadelphia 76ers, but the basketball legend did have a brief stint as a member of the Denver Nuggets during the tail-end of his illustrious NBA career.

As expected, the sportswear brand outfitted Iverson with special player-edition colorways of his signature shoes. One of the pairs is this Nuggets-inspired “On to the Next” Question Mid shown here, which was first introduced in 2007 and is hitting retail for the first-time ever this month. The style was worn by Iverson throughout the 2007-08 NBA season, donning a white-based leather upper that’s paired with powder blue hits on the toe box and Vector branding.

This “On to the Next” Reebok Question Mid will be released on Nov. 25 at Reebok.com an at select Reebok retailers. The style will be available in full-family sizing, with adult pairs retailing for $160.