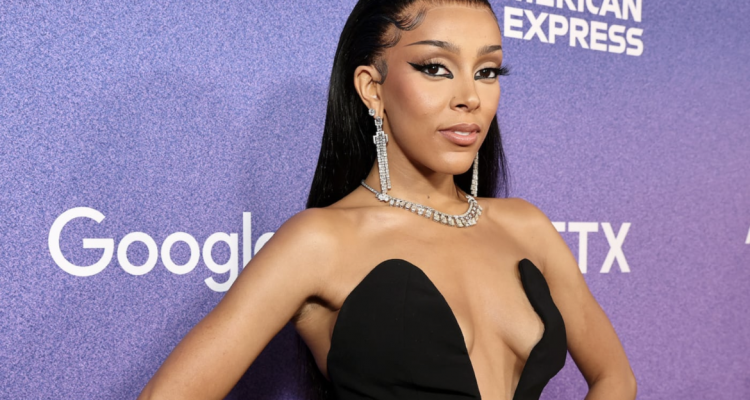 Doja Cat received an early Christmas Gift that she didn’t want yesterday when she learned that she was stuck with the Twitter name “Christmas” on the platform, following the new verification update, which currently prevents verified users from changing their display name. Doja changed her name to Christmas we are assuming to begin celebrating the holiday season but is stuck with it due to the changes made by Elon Musk after his takeover of the site.  After the takeover Musk announced that a change in a Twitter screen name would lead to the temporary loss of a checkmark.  With the $8 Twitter Blue Subscription now live, Doja Cat cannot switch back to her old screen name.  The Grammy winner went on Twitter for help, first with a question “Why can’t I change my name on her account, and then pleading with Elon Musk to help fix this very innocent mistake saying “I don’t wanna be Christmas forever @elonmusk please help I’ve made a mistake.” She also went to audio with a message to her fans, first simply letting out a sign and then with a second one stating “You guys are paying $8 a month to come on and go to war with people who are not in agreement with who your favorite pop star is? You’re paying $8 a month to come on here to say s**t like bye? Uhm you’re coming on here for $8 a month to post porn and then get into an argument? “

Musk did respond by saying “Working on it!”  and later added, “pretty funny though.” We hope for Doja this very serious problem on Twitter can be rectified really soon as we are sure she is not the only one dealing with this.