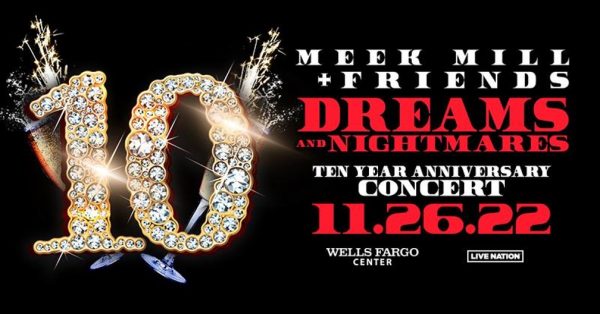 “FLAMERZ 5 ‘for promotional use only’ NOV. 21st for free for the streets,” Meek wrote on Instagram.

Last week, Meek announced a special homecoming performance at the Wells Fargo Center on Saturday, Nov. 26, as part of Thanksgiving Weekend to commemorate the 10th anniversary of his debut album, Dreams and Nightmares. Tickets for this Philadelphia-only performance are now on sale.