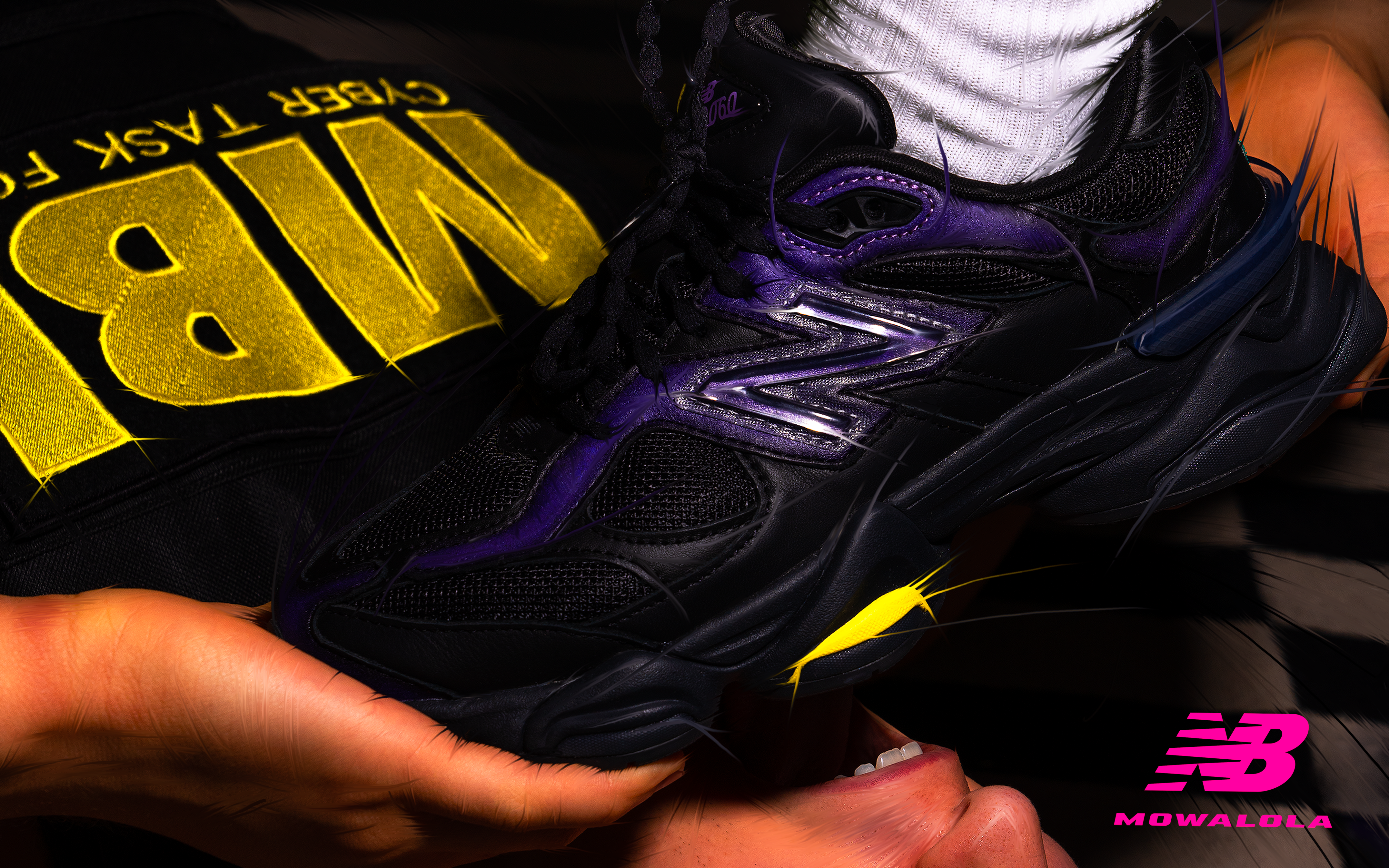 New Balance has had huge success this year thus far when it comes to its sneaker projects. Building on that momentum, the Boston-based sportswear brand has joined forces with fashion label Mowalola for their first-ever collaboration.

Shown here are the two “Burglarwear” Mowalola x New Balance 9060 collection that are available starting today, which were previewed at Mowalola’s Spring/Summer 2023 runway show at Paris Fashion Week earlier this year. Both pairs are inspired by the concept of thievery and don a predominantly black-based makeup. The looks are broken up by either teal and pink or purple and yellow accents, with the latter pair only available through Mowalola’s channels.

The “Burglarwear” Mowalola x New Balance 9060 collection will be released today exclusively at mowalola.com followed by a global launch on Nov. 18 at newbalance.com and at select global retailers. Both pairs retail for $180.