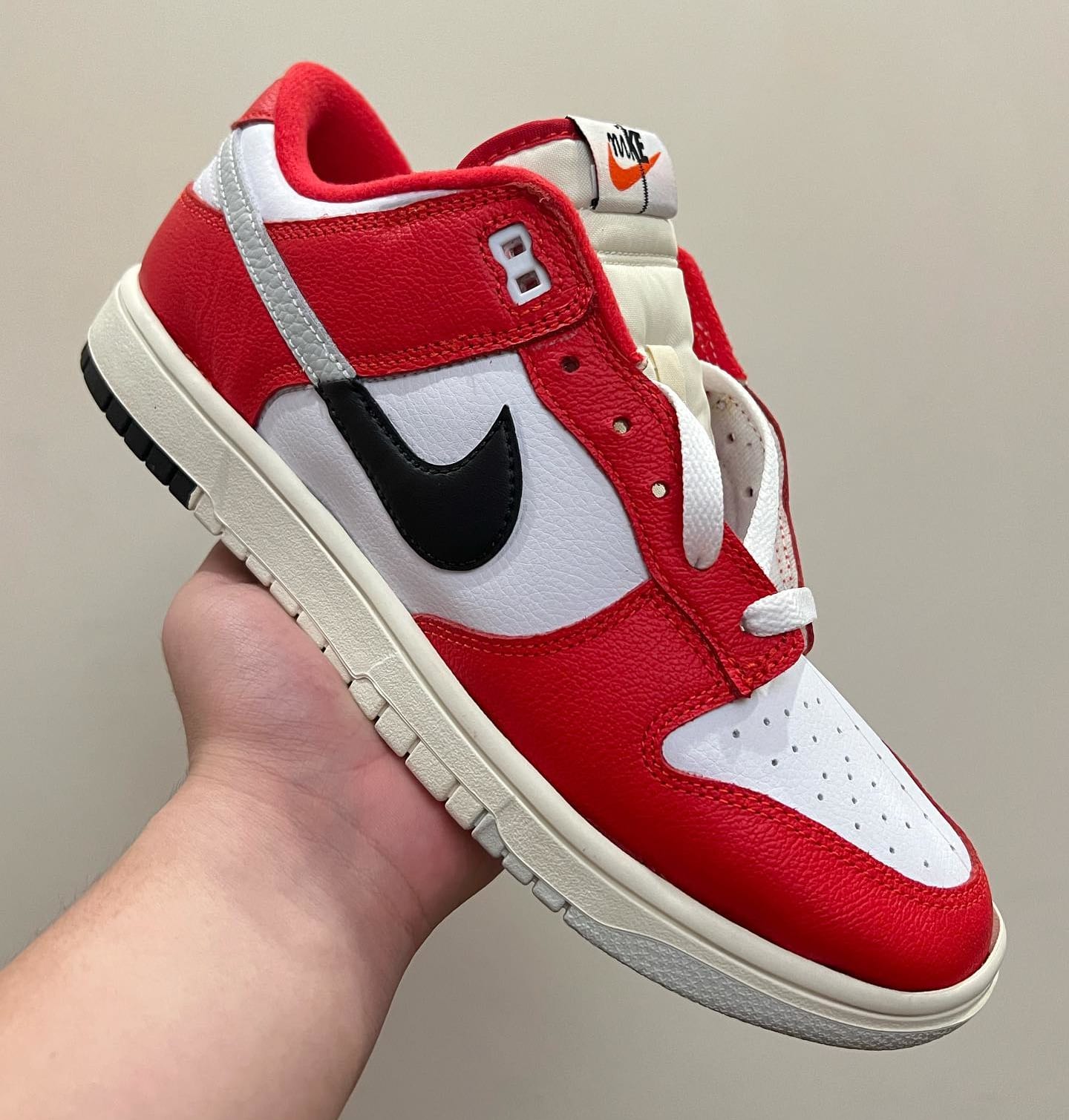 Sneaker fans who have been paying attention will notice that Nike Dunk releases aren’t going anywhere anytime soon. The latest leak for the popular low-top model is this red-based colorway possibly hitting retail in 2023.

Shown here is an unreleased “Chicago” makeup of the Nike Dunk Low courtesy of @woganwodeyang on Instagram. It’s unclear whether the color scheme was inspired by anything specific at the moment, but the style could be based on the Chicago Bulls’ team colors. The shoe features a two-tone upper including bright red accents on the overlay panels. There are special split details on the shoe including the tongue tag, the Swoosh branding, and the outsole.

Despite an early look from @woganwodeyang, there are no official release details available for this “Chicago” Nike Dunk Low. Keep it locked to Sole Collector for updates in the coming months.