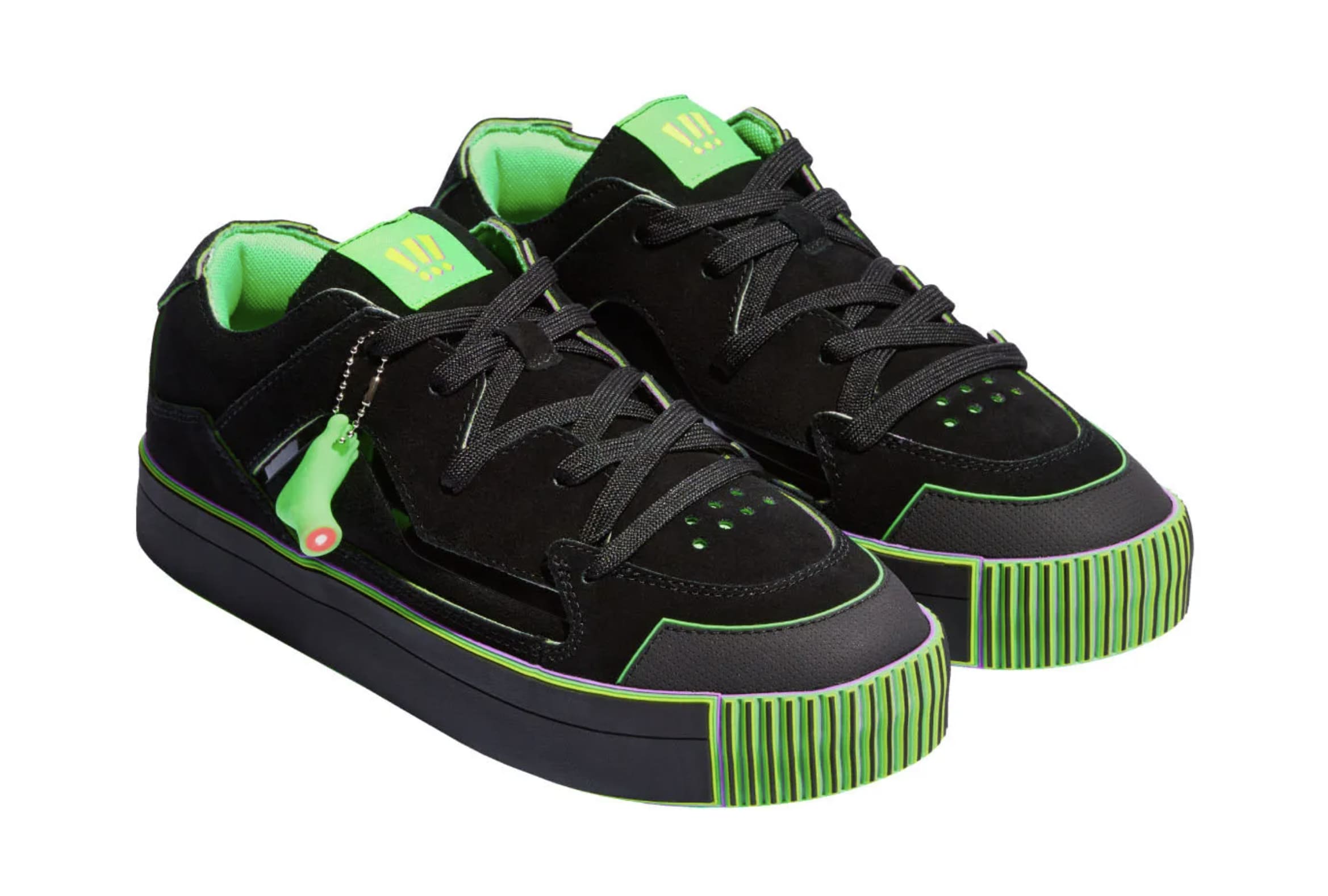 We’re only a few months removed from the debut of MSCHF’s Gobstomper sneaker via a collab with Jimmy Fallon, and now, the Brooklyn-based creative group has announced the next release of its candy-inspired model.

Shown here is the “Sour” MSCHF Gobstomper colorway dropping in early December. The sneaker itself is inspired by Gobstoppers, which is a hard candy that features various layers that are revealed as it dissolves. The upper features four color layers ranging from the tongue down to the tooling. The product photos show that the shoe starts off with a black-based color scheme, with green and purple accents underneath the base layer.

Readers will be able to cop this “Sour” MSCHF Gobstomper on Dec. 6 at 2 p.m. exclusively at mschfsneakers.com and on the MSCHF Sneakers app. The shoe will retail for $195. Grab a closer look at the shoe below.