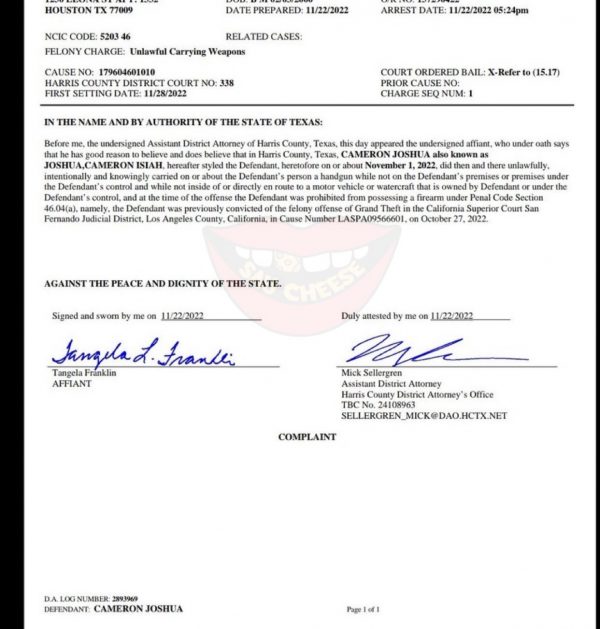 Less than a month after Takeoff‘s murder, some progress may be in the works toward bringing justice in the case. Lil Cam, whose real name is Joshua Cameron, was arrested for a felony charge of unlawful carry of a weapon. Cameron has reportedly been affiliated with Mob Ties records for about 16 years.

Cameron was arrested on November 22 and is currently being held in custody at the Harris County jail in Texas where investigators are reportedly questioning him about his potential involvement with Takeoff’s murder. Cameron, who was out on bail for a prior felony, reportedly had a weapon on the night of the Migos’ member’s murder. Possession of a firearm is a violation of the terms of his release.

Documentation from Harris county is shown below. It is still unclear if police believe that Cameron himself was the shooter or an accomplice.