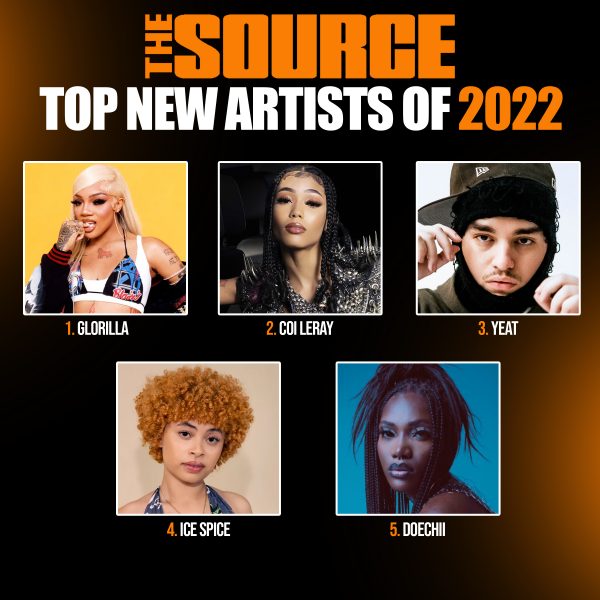 2022 was a breakout year for many hip-hop artists, especially female rap artists. With TikTok becoming increasingly popular within hip-hop, many artists simultaneously dominated the charts while also having the most popular and widely used song on social media.

When someone talks about 2022, you can go without talking about Glorilla. The 23-year-old Memphis native took over the country with her song “F.N.F. (Let’s Go).” The song went viral and started the #FNFChallenge on TikTok. Glorilla would end up signing to Yo Gotti’s Collective Music Group in July, and Latto and JT would soon jump on the remix in September, with Saweetie shortly following. Glorilla would later be nominated for Favorite Hip Hop Artist, Best Hip Hop Song, and Best New Hip Hop Artist at the American Music Awards and the BET Hip-Hop Awards, respectively, winning the latter. “F.N.F” is also nominated for Best Rap Performance at the 2023 Grammy Awards.

Coming off of a strong 2021, Coi would deliver again in 2022. She dropped her debut studio album, Trendsetter, which featured artists such as Yung Bleu, Fivio Foreign, Young M.A., G Herbo, H.E.R., Nav, Polo G, Lil Tecca, A Boogie, Nicki Minaj, and others. She also released the song “Blick Blick” featuring Nicki Minaj, which peaked at number 37 on the Billboard Hot 100.

Yeat might have started to reach success on social media in 2021, but 2022 was indeed his breakout year. The Portland native released his debut album Up 2 Më in September last year but finally reached the Billboard Hot 200 in January of 2022. His song “How Could You Tell” would eventually be used in an episode of the hit HBO show Euphoria. In February, he would go on to release his second album, 2 Alivë, with features from Young Thug and Gunna, and would reach #6 on the Billboard Hot 200 chart. However, his success grew when he was commissioned to create a song for a Lyrical Lemonade-produced trailer for Minions: Rise Of Gru. His song “Rich Minion” was released in June and soon inspired the Gentleminions TikTok trend and peaked at 99 on the Billboard Hot 100.

While Meriam Webster voted “gaslighting” as 2022’s word of the year, “munch” could be considered #2, thanks to Ice Spice. The New York-bred rapper had only been rapping for a year before she took over social media and had men on the internet admitting that they were indeed a “munch.” After she released the video for “Munch (Feelin’ U), she quickly rose in popularity and became a trending figure on social media, even catching the attention of Drake, who posted a cosign. Just a couple of months after the release of “Munch,” she followed it up with “Bikini Bottom,” which features strings reminiscent of a song used in SpongeBob Squarepants.

Before 2022, Doechii had steadily been making a name for herself in the industry. This past year seems to culminate these last couple of years. In 2020 she released her debut EP, Oh The Places You’ll Go, which featured the popular TikTok song “Yucky Blucky Fruitcake.” The following year she was featured on Isaiah Rashad’s critically acclaimed album The House Is Burning and was SZA’s opening act during her 6-date tour. 2022, however, was Doechii’s breakout year, getting signed by Capitol Records and Top Dawg Entertainment, making her the latter label’s first female rapper. In August, she released her sophomore EP and first major label debut, She/Her/Black Bitch. Her performance of her song “Persuasive” earned her a nomination for Push Performance of the Year at the 2022 MTV Music Video Awards.

U.S. to Require Negative COVID Tests Before Flights For Travelers From China