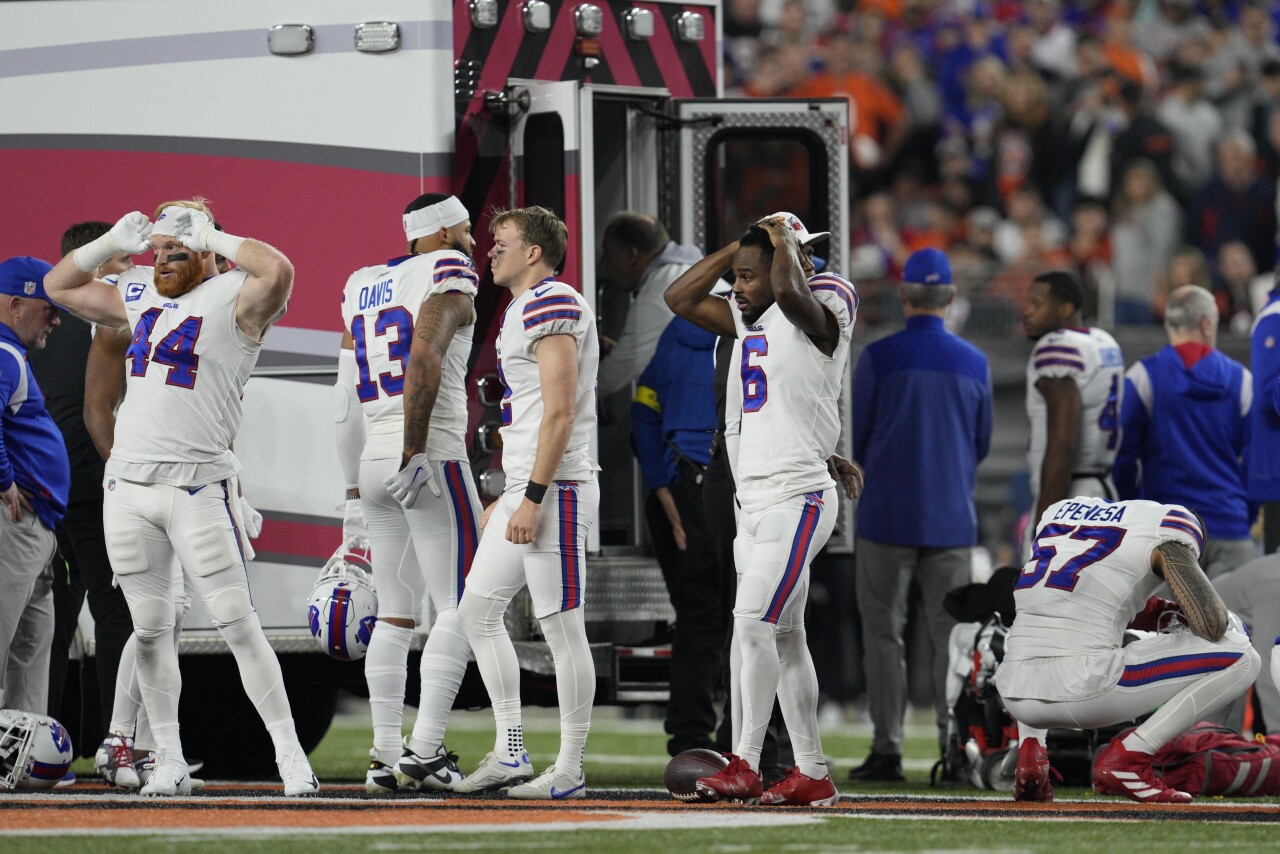 A Bills player was taken off the field in an ambulance during a Monday Night Football matchup with the Cincinnati Bengals.

Safety Damar Hamlin was hit while trying to tackle Tee Higgins in the middle of the field during the first quarter of the game. Hamlin stood up after the hit and appeared to adjust his face mask, but then fell backwards to the ground seconds later.

Buffalo’s medical staff immediately began providing aid as an ambulance drove onto the field. Broadcasters reported that medics appeared to be performing CPR. ESPN reported that Hamlin was given oxygen.

The Associated Press reported that Hamlin was taken to University of Cincinnati Medical Center.

Stunned players and staff from both teams gathered in prayer.

The game was suspended after Hamlin was taken away.

Players from both teams huddled around the medical staff, some kneeling and some holding hands. The team posted on social, “Bills Mafia is with you, @HamlinIsland,” and the Bengals responded with praying hands.

Hamlin was down on the field for at least 10 minutes. He was placed inside the ambulance and taken out of Paycor Stadium.

The NFL said in a statement that Hamlin was in “critical condition” at a local hospital. Both the NFL and the NFL Players Association agreed to postpone the game.

This story was originally published by WCPO in Cincinnati, Ohio with additional reporting from Scripps News.

The goldfish that ate the cat | CARTOONS