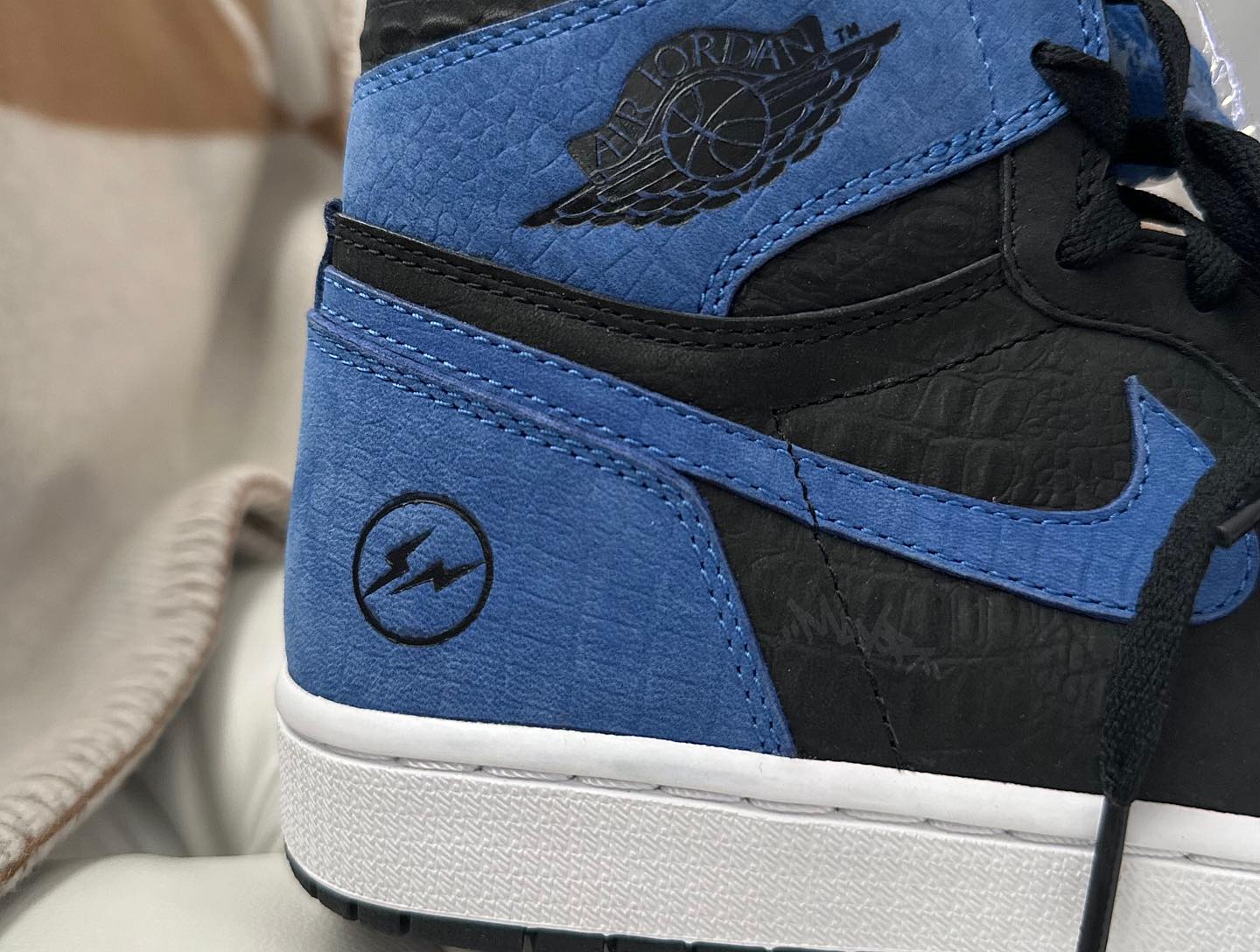 It’s been well documented that Mayor has one of the best sneaker collections in the world. Further confirming that, the sneaker collector decided to ring in the new year yesterday by showing off some of the rare sneakers in his possession.

Shown here is an unreleased Fragment x Air Jordan 1 High posted by Mayor on Instagram yesterday. Unlike the retail version of the collab, this pair has a premium croc-textured leather upper in a black and blue “Royal” makeup rather than the “Black Toe” color blocking used on the retail pair. Fragment’s lightning bolt logo is stamped on the heel.

The retail version of Fragment x Air Jordan 1 High, which dropped in 2014, regularly resells for over $4,000 in the secondary market.

Other rare sneakers that Mayor shared this week include the “Wu-Tang” Nike Dunk High and an unreleased “Quai 54” Air Jordan 1 High sample.

As of now, it’s likely that the croc pair is an older sample of the Fragment x Air Jordan 1 collab and won’t ever see a retail release.