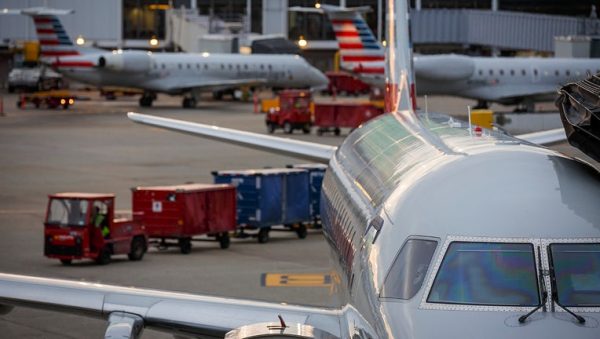 A freak accident involving a jet engine left a ground worker dead at a regional airport in Alabama this weekend. Officials confirmed that the man was “ingested into the engine” of an American Airlines jetliner parked at the gate.

At 3 p.m. on Saturday, the worker was sucked into the Embraer 170’s engine at Montgomery Regional Airport, with its parking brake set, the National Transportation Safety Board announced. Flight 3408 was scheduled to leave Montgomery for DFW and was operated by Envoy Air, a wholly-owned subsidiary of American Airlines Group. The airport ceased operations after the accident but resumed service at about 8:30 p.m. Saturday. The airport confirmed the victim worked for Piedmont Airlines.

In a statement released by American Airlines, they expressed their devastation saying, “We are focused on ensuring that all involved have the support they need during this difficult time,” the company said, declining further comment during the ongoing investigation.” The NTSB and the Federal Aviation Administration are examining the incident. “We are saddened to hear about the tragic loss of a team member of the AA/Piedmont Airlines. Our thoughts and prayers are with the family during this difficult time,” the airport’s executive director, Wade Davis, added.

High Sky Flying reported, “Yes, you can easily get sucked into an operating engine, and it can be fatal. When an engine operates, the amount of air getting sucked through its intake can cause a low air pressure area in the surrounding areas and pull you towards it. If you’re standing close enough to an operating engine, you can get sucked in by the sheer force of the airflow.”

Further details about the accident are not yet available, and NTSB said a preliminary accident report could be expected within the next two or three weeks. The investigations by the FAA and NTSB are ongoing.