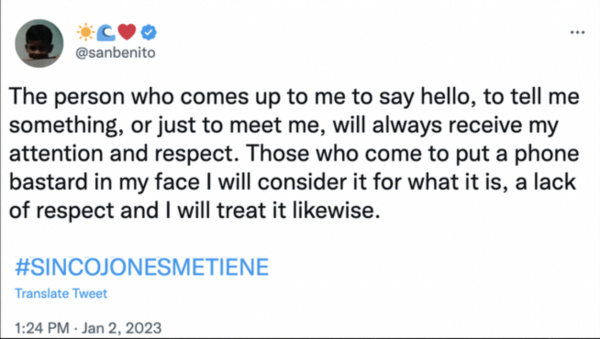 Several videos from different angles have surfaced on the Internet showing PR singing sensation Bad Bunny throwing a overzealous fan’s phone into the water. Bunny has doubled down on his actions, letting it be known that no one can take pics or record him without asking first.

The video shows the “Un Verano Sin Ti” artist in the Dominican Republic walking in a group when a female fan began recording him, but the video didn’t last long, when Bunny took the phone from the unsuspecting fan and tossed it in the nearby lake.

BB took to social media to address the interaction, saying that he doesn’t mind taking pics with genuine fans, but people seeking to record him for social media clout will be dealt with the same way.