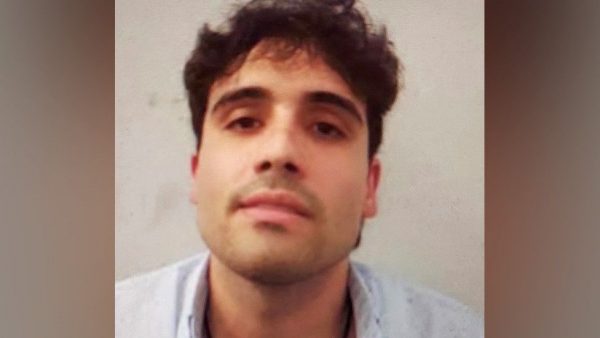 Ovidio Guzmán, son of notorious drug lord Joaquin “El Chapo” Guzmán, has been arrested by Mexican authorities. A dramatic operation in the northern state of Sinaloa on Thursday led to clashes around the city of Culiacán, officials reported. Guzmán was previously arrested by federal authorities in October 2019, but was released on the orders of President Andrés Manuel López Obrador to evade further bloodshed.

Amidst the chaos stirred by the arrest, local officials told citizens to shelter at home among clashes with cartel members in various parts of Culiacán. Social media videos reflect intense gunfire near the airport and trucks on fire. Additionally, passengers appeared to crouch for cover in an Aeromexico plane, which was hit by a bullet while grounded in Culiacán. Following Guzmán’s arrest, Culiacán International Airport closed for security reasons. No injuries were reported according to Aeromexico.

Guzmán is described as “a high-ranking member of the Sinaloa Cartel” in a press release issued by the United States State Department on December 16th.

In a morning address on Thursday, President López Obrador said the operation in Culiacán had been underway since dawn. Vehicles were being looted and blockades “are taking place in different parts of the city,” Sinaloa Secretary of Public Security Cristóbal Castañeda added when advising the public not to leave the city. The state’s education secretary reported on the full halt of school and administrative activities in Culiacán.

The State Department, “began investing large amounts of the cash into the purchasing of marijuana in Mexico and cocaine in Colombia. They also began purchasing large amounts of ephedrine from Argentina and arranged for the smuggling of the product into Mexico as they began to experiment with methamphetamine production.” The State Department is offering a $5 million reward for information leading to Guzman’s arrest.