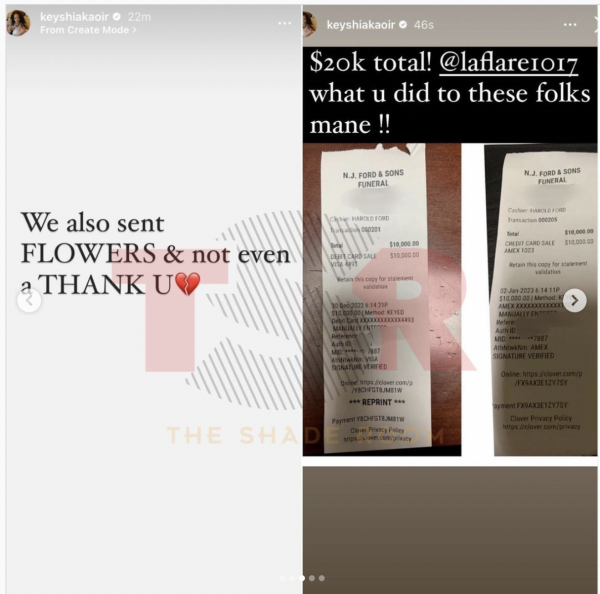 Three days before Christmas 2022, 1017 signee Alexander “Big Scarr” Woods passed away from an accidental prescription drug overdose in his native Memphis, Tennessee. He was only 22 years old.

Almost a month following Scarr’s death, Scarr’s family and longtime collaborator, Quezz Ruthless, allege that Gucci refuses to pay for his artist’s funeral. Gucci’s wife, Keyshia Ka’Oir, responded to the family with receipts to back up her story that Gucci paid for the funeral home and even sent flowers but received no thanks or appreciation from the family.

In a video, Quezz stated, “You say to them you finna pay for the funeral, then you lie. You didn’t have to lie! You ain’t have to go ghost either, cuh. It was gonna get paid for either way. You could’ve just said you ain’t have the money. You don’t get no type of respect for that, cuh. When they texted you and asked you about Scarr’s funeral, cuh, you told them folks that Keyshia’s birthday coming up. Man, y’all rich! Y’all can celebrate her birthday any day. Come on now, cuh.”