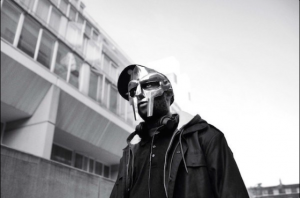 On this date in 1971, rapper Daniel Dumile also known as MF DOOM (Metal Face Doom), was born in London, England to his Trinidadian mother and Zimbabwean father. His family relocated to New York when Dumile was a teenager, which was where he developed a love for the Hip-Hop culture.

In 1988, Dumile, under the moniker Zev Love X, created the rap collective KMD (Kausing Much Damage) along with his brother and DJ of the group, the late Subroc. From here DOOM gained fame from the timeless “Peachfuzz” single, which catapulted Dumile to the status of being able to deliver an anticipated solo album.

With over 30 album releases under his belt and an international cult following unmatched by virtually any other solo emcee or group, MF DOOM will continue to leave his graffiti-style mark in the game, even though in another four years, we’ll be calling him Curtis Jackson.

Supreme salute to the GOD MF DOOM, wishing him a safe and enjoyable born day today and many more hereafter.

The post Happy Heavenly 52nd Birthday To The Legendary MF DOOM! appeared first on The Source.