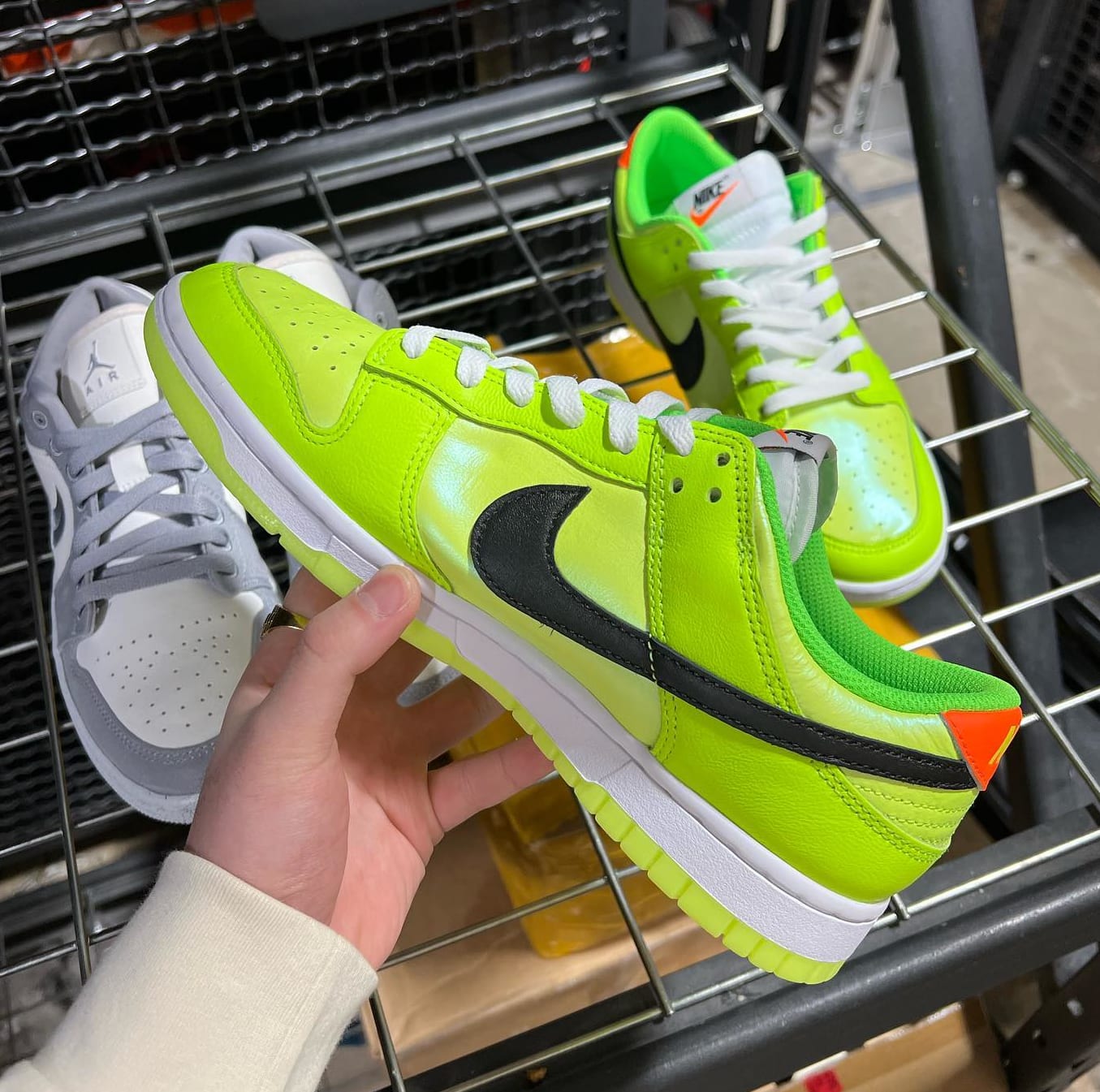 There’s no shortage of Nike Dunk styles releasing in 2023, including a new glow-in-the-dark pair that’s expected to join the lineup.

Newly leaked images of the forthcoming “Glow-in-the-dark” Nike Dunk Low were shared by @Masterchefian on Instagram this week. The base of the upper dons a vibrant neon green color scheme that’s offset by black Swoosh logos along with orange hits on the tongue and heel tab. Additionally, the entirety of the upper and the outsole feature glow effects.

This isn’t the first time that Nike has given the Dunk a glow-in-the-dark treatment. The brand released a green-tinted Dunk High in 2006 that also featured the light-up accents, and, most recently, there was a “Mummy” SB Dunk Low that was equipped with glow-in-the-dark details.

Despite an early look at the “Glow-in-the-Dark” Dunk Low from @Masterchefian on Instagram, the release details of the shoe have yet to be announced by Nike.