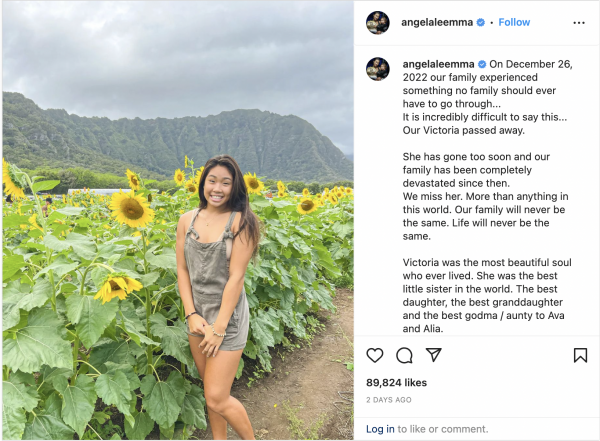 According to several confirmed reports, ONE Championship-sponsored fighter Victoria “The Prodigy” Lee has passed away. She was only 18 years old.

Her older sister Angela Lee posted about the fighter’s December 26 sudden death. Victoria’s cause of death is still unknown.

The CEO of One Championship, Chatri Sityodtong, also talked about the young woman who first made her debut with the promotional company at 16.

“I first met Victoria when she was 11 years old. I watched her blossom over the years as a martial artist and a human being,” Sityodtong wrote on Facebook. “I always remember thinking how wise, thoughtful, and selfless she was beyond her years. Of course, she was an extraordinary martial arts prodigy even back then, but I could see that she was so much more than that.”