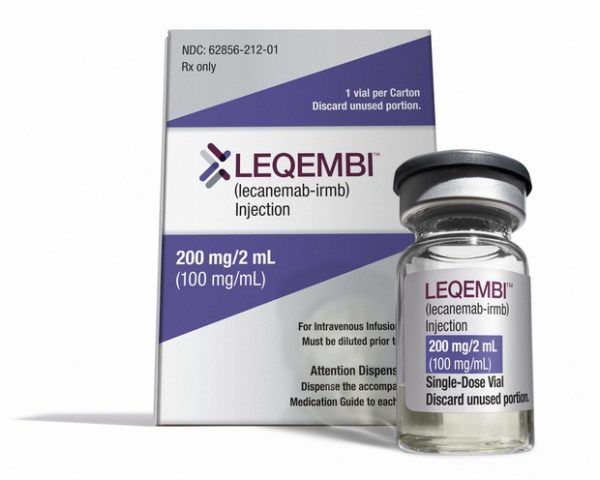 On Friday, the Food and Drug Administration approved an Alzheimer’s drug shown in clinical trials to slow cognitive decline in patients in the early stages of the illness. The drug, Lecanemab, will be sold under the name Leqembi and is a monoclonal antibody infusion administered every two weeks for patients with mild cognitive impairment.

Alzheimer’s is the seventh-leading cause of death in the U.S., according to the Centers for Disease Control and Prevention. Most drugs approved by the FDA for Alzheimer’s target helping symptoms, not actually slowing the progression of the disease.

In late September the companies that developed the drug, Eisai and Biogen, reported a phase 3 clinical trial of 1,795 patients. Results found that Leqembi slowed the cognitive decline of those who received by 27% after 18 months. The FDA expects to review the phase 3 data “soon.”

In 2021, the FDA approved another Alzheimer’s drug developed by Biogen, called Aduhelm. For a second time, the administration did not seek the advice of its advisory committee. The approval of Leqembi offers hope to patients after continuous failures to find effective treatments. A mid-stage trial was conducted including 856 patients with Alzheimer’s disease.

Side effects of the newly approved drug have been reported according to experts. Due to approval by an accelerated pathway, the early adoption offers a new medication that “fills an unmet medical need.” However, companies are still required to conduct additional clinical trials to confirm the benefits of their drugs and mitigate risk factors that would require removal from the market.

Safety concerns have been raised regarding use of the drug. Data shows a minimum of three deaths can be linked to the medication after the patients experienced brain swelling or brain bleeding. Phase 3 trial data reflects that nearly 12.6 % of patients who received the medication experienced brain swelling, compared with just 1.7% of those in the placebo group. About 17% of patients who received the drug experienced brain bleeding, compared with 9% in the placebo group. Still, the company is confident the benefits offered by the drug are worth facing possible risks.

In a scathing congressional report, detailing the approval of Aduhelm, investigators express that the agency failed to adhere to its own standards and that its approval of Aduhelm was “rife with irregularities.” Public Citizen, an advocacy group, has urged the FDA to postpone its decision on whether to approve Leqembi while the companies finish the additional clinical trials needed for full approval.

The emotional toll placed on patients and family members of those with Alzheimer’s disease is nothing short of heartbreaking. Though Leqembi is not a cure; it aims to slow the progression of the disease by removing clumps of beta-amyloid — long believed by scientists to be one of the main causes of the disease — from the brain.

The biweekly medication is expected to cost around $25,000 annually for a single patient, Ivan Cheung, the U.S. chairman and CEO of Eisai, reported. The Centers for Medicare & Medicaid Services currently limits coverage of drugs that target amyloid in the brain, so uptake of the new medication is likely to be limited at first, Cheung added.