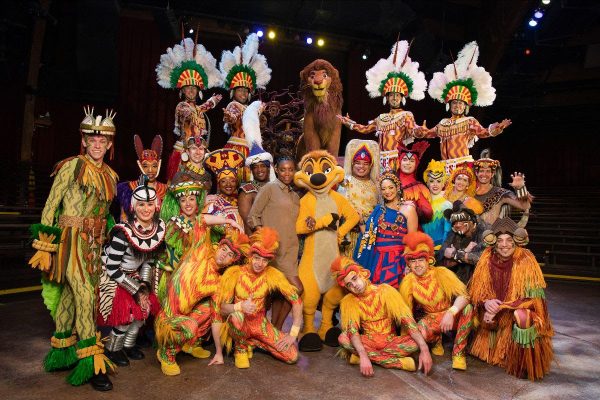 Tony Award-winning actor and singer, Heather Headley was recently spotted reuniting with iconic characters Simba and Timon at Walt Disney World Resort. Headley recently wowed audiences in her recurring role on the TV series She’s Gotta Have It, Sweet Magnolias and the Aretha Franklin biopic.
Headley who originated the role of Nala in the Broadway production of “The Lion King”, gave a legendary performance at Disney’s Animal Kingdom. She played the title role in the Broadway adaptation of Aida, earning the Tony Award for Best Actress in 2000.

Headley and her family enjoyed “Festival of the Lion King” and met with the cast after her performance in Lake Buena Vista, Fla.

Check out Heather and the cast below.