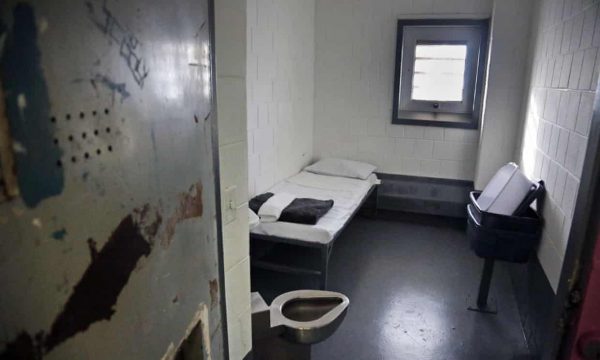 Numerous Texas prisoners are taking on the second week of a hunger strike in protest of indefinite solitary confinement– a form of incarceration in the US that is largely frowned upon by human rights activists.

Across the Texas prison system, inmates have been refusing food since January 10 to form an organized objection against being held in isolation for up to a decade. The exact number of prisoners involved remains unknown, but an estimate from the Texas department of criminal justice (TDCJ) puts it at 72. Yet, outside advocates communicating with strikers say there are more than 138.

In the state of Texas, solitary confinement is used as a means of control designed largely to prevent violence between prisoners. The practice itself has origins that trace back to the 19th century when Quakers in Pennsylvania used this method as a substitution for public punishments. The goal is to segregate prisoners involved in gangs, known as “security threat groups.” Amongst these groups are the white supremacist Aryan Brotherhood and the Mexican mafia.

The state currently has more than 3,000 inmates in “restrictive housing”, as solitary is known. Of those, more than 500 have been isolated for at least 10 years and 138 for at least 20 years.

The process of identifying “gang status” inmates includes an assessment for tattoos and other gang activity indicators. Once labeled with gang status, inmates are placed alone in a cell indefinitely, regardless of any behavioral violations or wrongdoing.

Due to the indeterminate length of a solitary term in Texas, the state is a national leader in the use of this extreme form of lock-up over prolonged periods.

Brittany Robertson, an outside representative for the hunger strikers, told the Guardian that, “Most units don’t allow calls, no contact visits, no oversight or effective grievance process. Mail is delayed up to a month, there are staffing shortages and with no security checks there are a lot of suicides.” She added that the prisoners who had joined the protest “truly feel this is in the best interest of all, including the prison employees who are suffering appalling conditions as well.”

Robertson has assembled a set of official complaints from solitary prisoners. One inmate reported that he had an infected abscess on his back that was going untreated; a Black prisoner complained that African American in solitary were being singled out for “physical and psychological abuse”; and a third offender requested being transferred out of the solitary unit because “my life is in danger here.”

The Texas strike is modeled on California’s example where prisoners staged a hunger strike in 2013. Two years later the California inmates successfully litigated a federal settlement that ended the use of solitary in the state based on gang status alone.

Texas hunger strikers prepared written demands which they presented to the prison authorities three months before they started the current action. Their main demand is that Texas refines the current system of putting prisoners indefinitely into solitary based on their gang status to a “behavioral based system to address the behavior of individuals – only those who engage in serious rule violations should be placed in restrictive housing”.

The CLA-Liman report states that Texas had the largest number of prisoners who had been held in solitary for more than 10 years. Only Alabama and the federal Bureau of Prisons comes anywhere close. Data accumulated by the Correctional Leaders Association (CLA) and the Arthur Liman Center at Yale law school estimates that there were between 41,000 and 48,000 in isolation in US prison cells in July 2021.

In a statement, the TDCJ said that “if known prison gang members in state custody do not like their current confinement conditions, they are free to renounce their gang and we will offer them a pathway back into the general population. We will not, however, give them free rein to recruit new members and try to continue their criminal enterprises.”