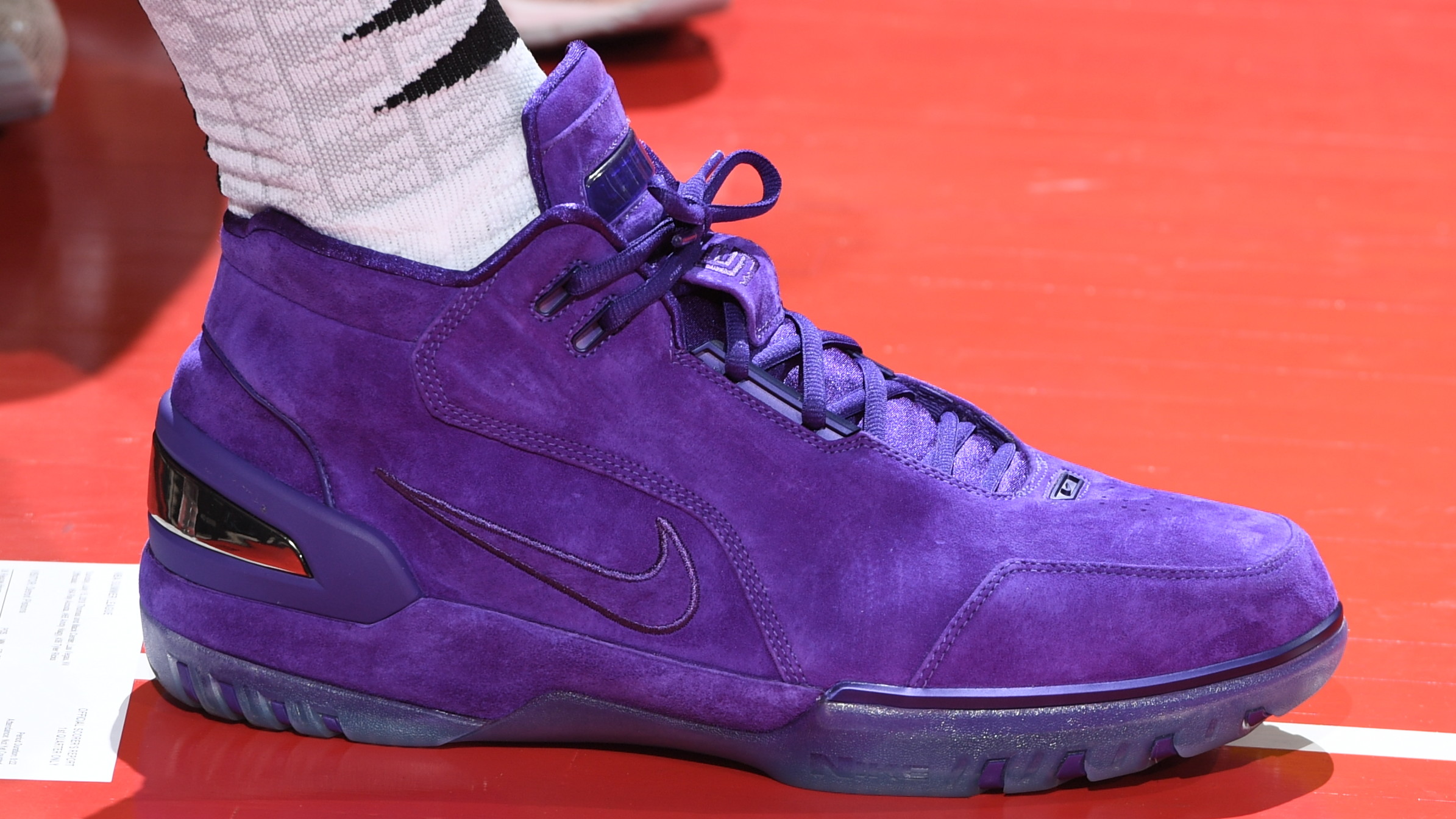 One of LeBron James’ most sought-after Nike LeBron player-exclusive styles is reportedly releasing for the first time ever. Per Sole Retriever, the “Purple Suede” Air Zoom Generation will hit retail this summer.

At the time of writing, an early look at the forthcoming “Purple Suede” Nike Air Zoom Generation release has yet to surface, but the shoe is expected to be similar to James’ PE pictured above. The sneaker first caught the attention of sports and sneaker fans alike in 2018 when James was spotted wearing it on multiple occasions, including prior to Game 3 of the 2018 NBA Finals and at the NBA Summer League that year.

The sneaker also made a brief appearance via the Nike LeBron PE “Vote Back” program in 2021, which gave fans a chance to vote for a pair of unreleased LeBrons they wanted to see hit retail, but the “Purple Suede” Air Zoom Generation lost to the “Bred” LeBron 8 V2 PE.

At the time of writing, release details for the “Purple Suede” Air Zoom Generation PE have yet to be announced by Nike. Check back soon to Sole Collector for official updates in the coming weeks.

Are Sneaker Mystery Boxes a Scam? Did Nike Copy Yeezy Slides? | The Complex