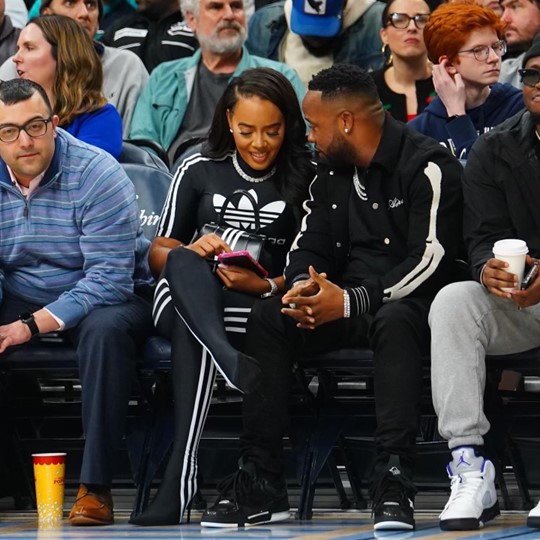 After becoming Instagram official, Yo Gotti and Angela Simmons made their first public appearance, sitting courtside at the Memphis Grizzlies game as Ja Morant and co took on the Cleveland Cavaliers.

Yo Gotti initially expressed his interest in Angela in 2015 with his multiplatinum hit “Down in the DM,” so the couple’s official announcement of their romantic relationship on New Year’s Eve made national headlines. In the song, he rapped:

Gotti released further lyrics about Angela in his song “Save It For Me” two years later:

“Passed my number to Angela, I thought I had her/Her n***a cuffed her, married, it made me madder/
I respect it, I’m moving on, but the truth is I want her badder/Maybe me sayin’ her name made him move faster/Maybe me bein’ a G was kind of bad for her/But me bein’ a G, I was glad for her.”

You can see additional images from the two below.