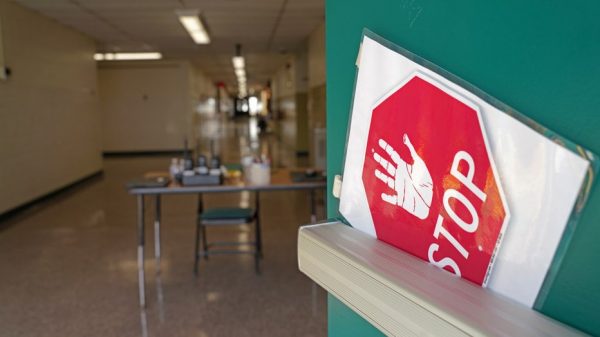 Richneck Elementary has been closed since the January 6 shooting of teacher Abby Zwerner by her six-year-old student. Recent updates report that the gun used by the first grader in Newport News, Virginia, was stored on the top shelf of his mother’s bedroom closet, James Ellenson, the attorney representing the child’s family, shared earlier. While it is still unclear how the child obtained the weapon, the attorney said a trigger lock secured the gun.

The gun was legally purchased by the mother of the child, who could now face charges at the end of the investigation. The child carried the weapon to school grounds in his backpack, said the  Newport News Chief of Police Steve Drew.

This week, Newport News Police and ATF officials conducted their second round of searches at two homes belonging to the child’s family, Ellenson said. No charges have been filed.

Zwerner was teaching the first-grade class when the boy pulled out a 9mm handgun and fired at her. 25-year-old Abby Zwerner was cleared for release from the hospital last week after suffering a bullet in the chest after the bullet passed through one of her hands, according to Drew.

She is currently in stable condition and has been praised for escorting all of her students out of the classroom to safety even after she had been shot, as another school employee rushed in and physically restrained the boy.

On Thursday, the child’s family released a statement announcing their child has an acute disability, and they were praying for Zwerner, who “selflessly served our son and the children in the school.”

Officials at the elementary school in Newport News, Virginia, apparently downplayed previous complaints issued by the teacher regarding the boy’s behavior. Ms. Zwerner reportedly raised concerns and requested help from school officials relating to the boy, which included a threat to light a teacher on fire and watch her die. The issue was dismissed, according to messages from fellow teachers obtained by The Post.

Richneck Elementary School is currently facing criticism for handling the shooting that authorities have deemed “intentional.” Parents were outraged when Newport News Superintendent George Parker III said the school had received a tip that the boy had a gun that day but failed to uncover the weapon after searching his school bag.

Though the school remains closed, students and parents have been invited back to the school on Wednesday for a two-hour non-instructional activity, according to a letter from a school administrator. The investigation is ongoing.