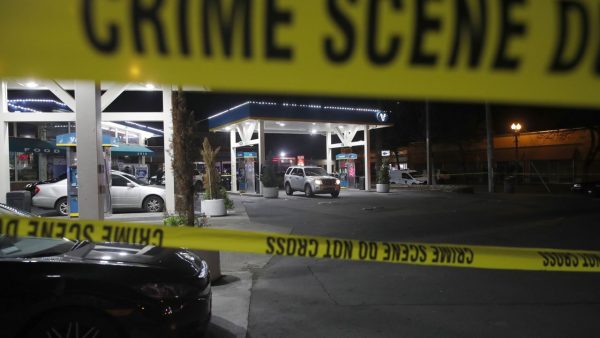 A shooting in Oakland, California, on Monday night left one person dead and seven more injured. The occurrence took place at approximately 6 pm PST in the 5900 block of Macarthur Blvd, according to a statement from the Oakland Police Department (OPD). The shooting comes only hours after the one 40 miles away in Half Moon Bay, California, that killed seven people.

Just three weeks into 2023, 39 mass shootings have taken place across the country, according to the Gun Violence Archive. Bullets have plagued communities from Goshen, California, to Baltimore, Maryland, and are reeling while others brace for the possibility of such violence.

The statement read, “OPD officers were dispatched to the area to investigate a ShotSpotter activation. During the course of the investigation, officers learned there was a shooting between several individuals. Officers arrived on scene and located several casings but did not locate the suspect.

Shortly after that, the OPD Communications Division began receiving notifications that gunshot wound victims began turning up at several different local hospitals. “At this time, we are aware of eight victims, one who is deceased and the remaining victims were listed in stable condition,” the OPD said. A possible motive for the shooting remains unknown to the public, but the investigation is ongoing.

The deceased victim’s identity is currently being kept confidential as authorities work to notify their next of kin before releasing any new information to the public.

In response to the consecutive gun violence, Vice President Kamala Harris told a crown in Tallahassee, Florida, “A time of a cultural celebration … and yet another community has been torn apart by senseless gun violence. All of us in this room and in our country understand this violence must stop.”

“The majority of the American people agree with this common sense action. There can be no greater responsibility than to do all we can to ensure the safety of our children, our communities, and our nation,” President Joe Biden added.

The prominence of gun culture coupled with a divided Congress has sparked stagnancy across gun control. Biden continues to impel Congress to pass a pair of bills seeking to ban assault weapons and high-capacity magazines and raise the purchasing age to 21, calling on lawmakers to “act quickly.”