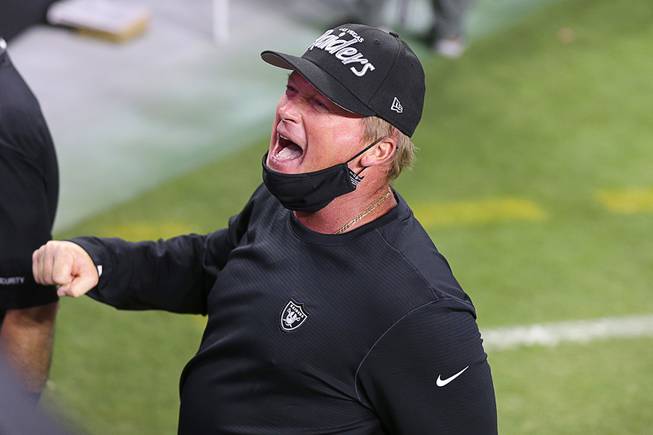 The Las Vegas Raiders are being investigated by the NFL for allowing an unauthorized person in the locker room following the team’s home opener.

This could be the second infraction of the COVID-19 protocols by the Raiders already this season. The person said coach Jon Gruden was fined $100,000 and the team fined $250,000 earlier this week because Gruden didn’t properly wear his mask on the sideline during the game against the Saints.

Gruden revealed after that game that he had the coronavirus during the offseason and is doing his best to follow the rules.

“It’s a very serious matter, and obviously I’m sensitive about it,” he said Tuesday. “It was a tough deal, that’s for sure, just like everybody else that’s had it.”

At least four other coaches were fined this week for that infraction.

The league has established strict protocols this season to help prevent the spread of the coronavirus. Teams are only allowed only 40 designated employees, besides players, in the locker rooms.