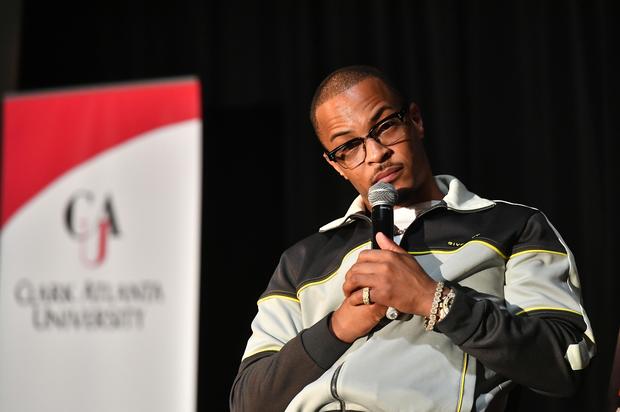 T.I. takes a shot at breaking down what a “Rubber Band Man” is to two children.

The trap was once where T.I. used to get his money from. He’s far removed from those times. He’s a revered rapper, entrepreneur, activist, actor, and the list goes on.  Even as he settles into his position as an elder statesmen, the name Rubber Band Man still sticks.

Tip recently joined the Dilan and Zaria of Art & Raps for what appears to be his most challenging interview to date. The incredibly outspoken rapper has essentially been an open book throughout his career, addressing controversies as they come. However, this time around, he was tasked to define what a Rubber Band Man is.

“I, I, I had to — I had to kind of fulfill my financial needs in the area of manufacturing and distribution of illegal pharmaceuticals,” he said.

“Big words that we don’t even understand,” Dilan responded.

“Well, you know what. Don’t even worry about it. Let’s just say I had to keep my money in my pockets neat,” Tip added.

Tip also answered questions about Kanye West, his alleged strip club, and hosting a podcast, he was also asked to define was a pimp is. Somehow, he managed to side-step the question with a tidbit of knowledge of Malcolm X.

Check out the full interview below.

DJ Khaled Shows Off His New Chain From Drake