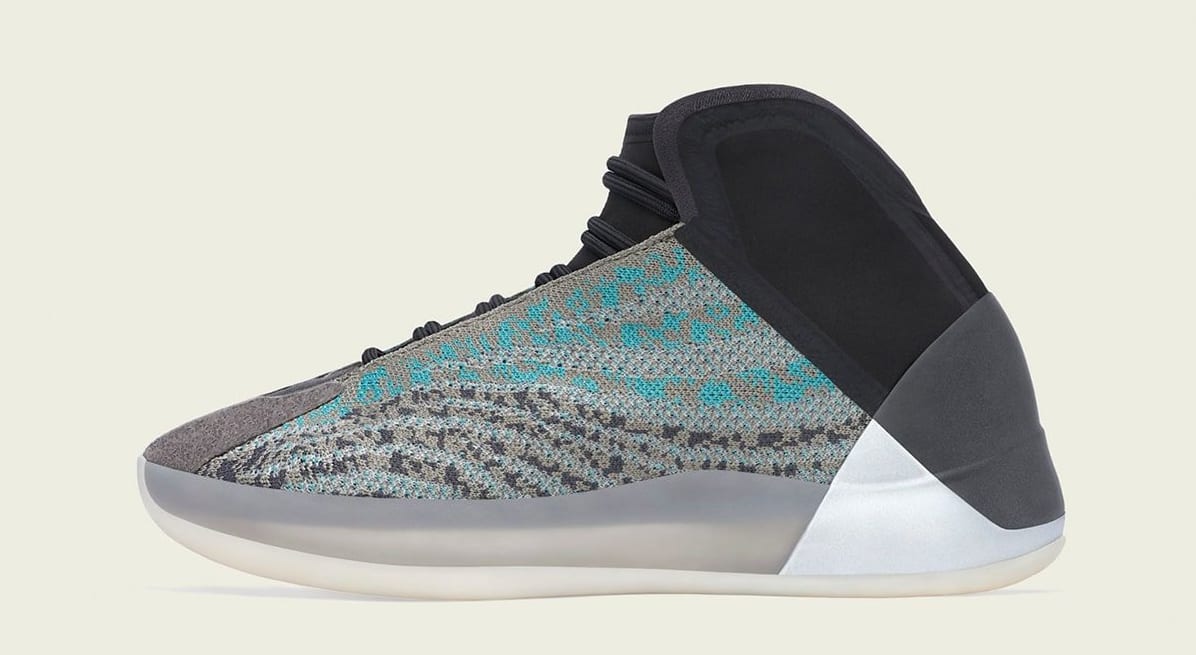 In addition to an expected return of the original Yeezy QNTM “Quantum” colorway, Kanye West and Adidas reportedly have another style of the lifestyle basketball sneaker on the way.

According to Yeezy Mafia, the Adidas Yeezy QNTM will drop in a new “Ophanim” colorway this fall. According to the leak account, the sneaker will feature a black heel (which is also reflective) and tongue like other Yeezy QNTMs, but will introduce a new Primeknit color scheme in the form of a marled olive with grey and blue accents. Unlike the performance version of the model, this version does not feature the additional TPU caging on the upper.

Like the rumored restock of the original “Quantum” colorway, this “Ophanim” Yeezy QNTM is expected to release this September, although the brand has yet to confirm it.

UPDATE (10/01): New details surrounding the next Adidas Yeezy QNTM release have leaked. According to the Yeezy Mafia, the “Teal Blue” colorway, which was initially dubbed “Ophanim,” is now slated to hit stores on Oct. 10 for $250.