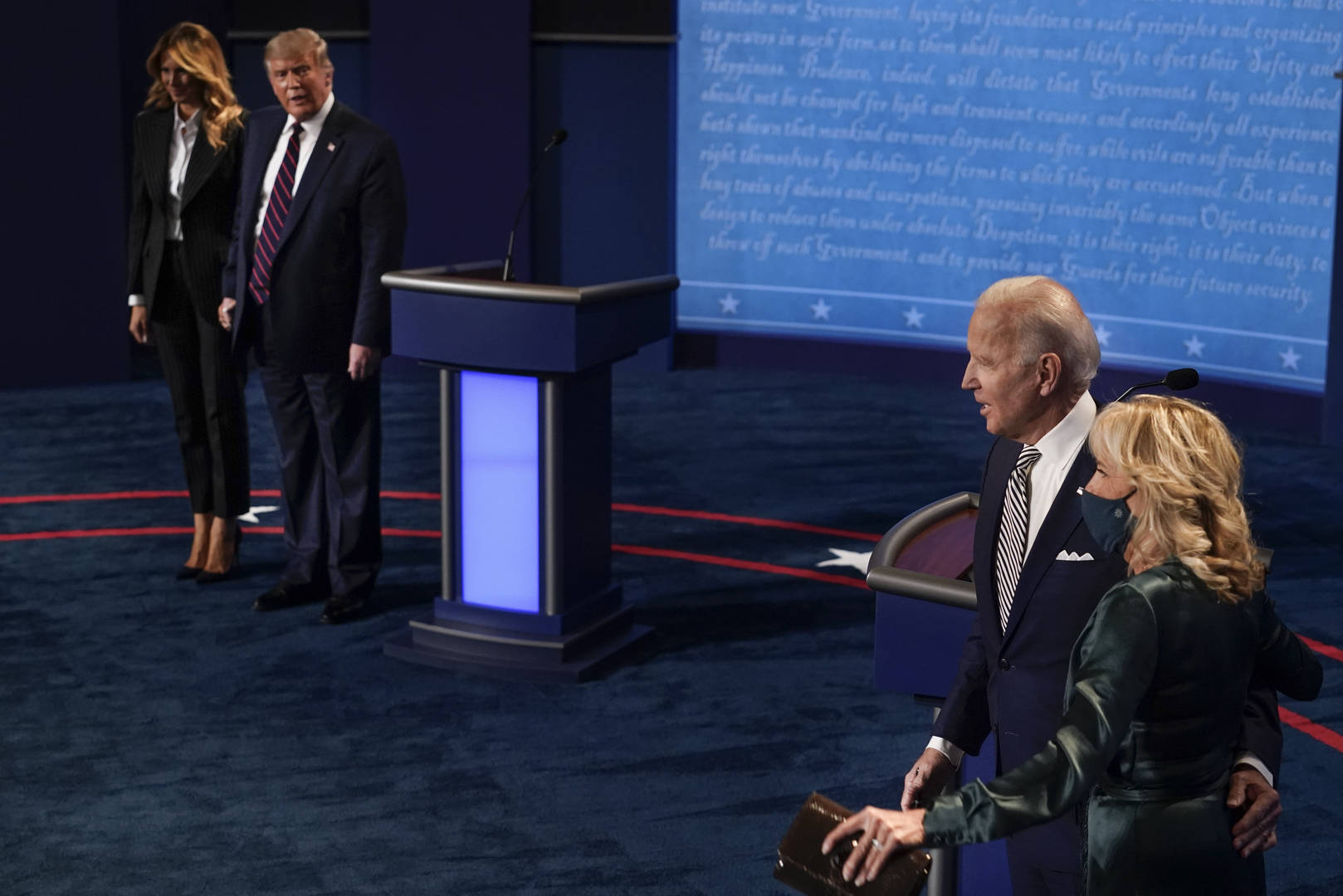 Donald Trump is refusing the participate in a virtual debate.

Just last week, Joe Biden and President Donald Trump took to the debate stage for the first Presidential Debate of the election cycle. For the most part, this debate was a bit of a mess as both sides talked over each for the entire 90-minute run-time. Following the debate, the President was diagnosed with COVID-19 which called the second debate into question. This led the Commission on Presidential Debates to suggest a virtual town hall-style debate although Trump quickly shot that down.

Now, it is being reported by The Hollywood Reporter that the second debate has been canceled entirely. Instead, Joe Biden will get to have his own Town Hall on ABC on October 15th. Trump is expected to seek the same on a different channel.

With this latest development, it remains to be seen what will happen with the third Presidential Debate. Trump has yet to register a negative Coronavirus test which means he isn’t out of the woods yet in terms of his condition. Regardless, debates are always pivotal in sharing your ideas to the American people, and with just under a month remaining before the election, the lack of debates could be of detriment to a campaign that is falling apart at the seams.

The Presidential Election will take place on Tuesday, November 3rd.

Offset Seemingly Buys A Birthday Billboard For Cardi B