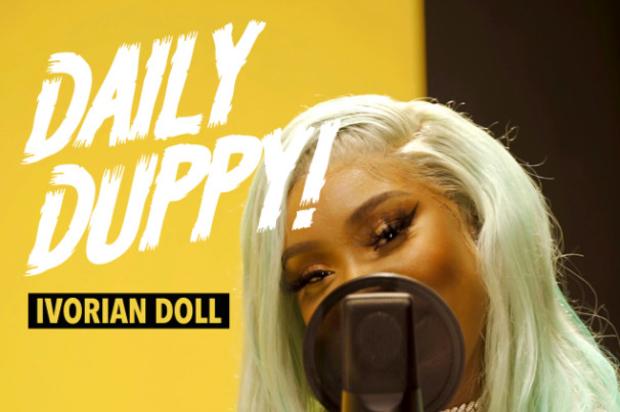 Ivorian Doll has been talkin’ big shit but unlike her naysayers, she could back it up. The rising UK rapper found her footing through Instagram before releasing her first single, “Queen Of Drill” that introduced the world to the next star to come out of the UK. It’s only been a few months since she’s gained recognition musically but she’s making major moves, recently landing a turn on GRMDaily’s “Daily Duppy” freestyle series where she backed up the chatter about being the “Queen Of Drill.” Haunting guitar loops before the beat drops and Ivorian Doll gets busy, addressing her former collaborator Abigail Asante who she previously formed a duo with before splitting up. And while that’s one of the more notable individuals she addresses, Ivorian Doll silences the naysayers with a statistical breakdown of hot poppin’ she is right now.

Quotable Lyrics
Balmain drip to my Jordan 1’s
Puttin’ those rumours to bed, now they all are done
One chance to be my toy-boy
If I dig your D then I might woi-oi
‘Cause the Insta die, then so would your career
You’d be the first to be unemployed

Brent Faiyaz Gets Exposed In “How It Started” Challenge

REASON Explains Why He Mentioned Mac Miller On “Fall”