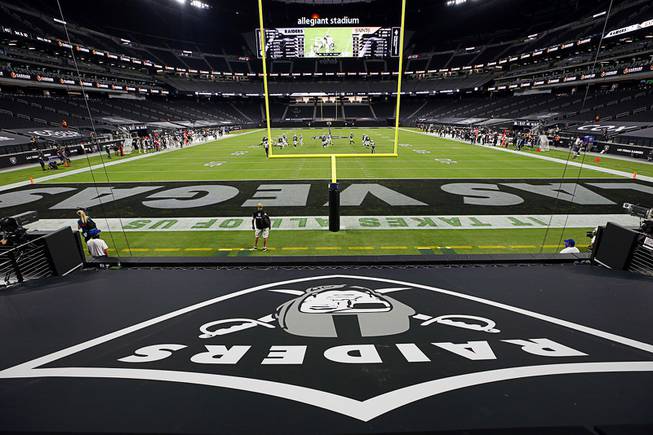 Las Vegas’ first Pro Bowl pushed back, Super Bowl could be pushed up

The NFL’s 32 franchises held a virtual meeting Wednesday afternoon where a pair of future decisions were made with major implications for Las Vegas.

Most notably, the league’s owners voted in favor of New Orleans shifting its next Super Bowl from 2024 to 2025. It was widely assumed that Allegiant Stadium would be awarded the 2025 game, but with an unforeseen vacancy, the biggest annual event could be heading to Las Vegas a year sooner.

No replacement for New Orleans, which asked for the change so the game wouldn’t conflict with Mardi Gras because of the NFL’s expanded 17-game regular season starting next year, was announced but Las Vegas would be a logical choice.

In the meantime, the NFL is more or less setting up shop in Las Vegas in the early part of 2022. Already having been revealed as the site for the 2022 NFL Draft, Las Vegas will also now host the Pro Bowl at the conclusion of next season. This season’s Pro Bowl was slated to be here, but with the global pandemic continuing to wreak havoc on plans for live events with fans, it’s been scrapped.

The league is shifting to a virtual event with an “interactive celebration” of the players who receive the honor. The plan is to get back to a more traditional format, with a game featuring players not in the Super Bowl, in early 2022 at Allegiant Stadium.

Paired with the announcement of the NCAA Tournament coming to town in 2023, Wednesday has given hope to the future of major sporting events in Las Vegas.

“The announcements today that the destination will host the 2022 NFL Pro Bowl, and that nine events were awarded to Las Vegas by the NCAA beginning with the 2022-23 academic year solidifies our evolution into the Sports Capital of the World,” Steve Hill, CEO/president of the Las Vegas Convention and Visitors Authority, said in a statement. “We believe sports will be an important part of the destination’s economic recovery and continuing growth, and we can’t wait to welcome these athletes and fans for an experience they’ll only find in Las Vegas.”