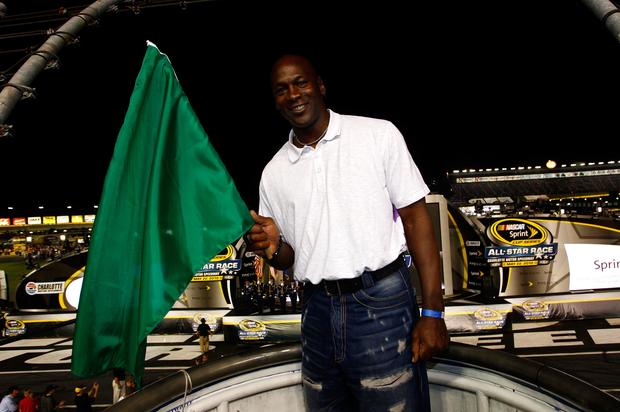 Michael Jordan, Denny Hamlin, and Bubba Wallace have been teasing their new NASCAR team for a while now.

Back in September, the NASCAR world was shocked to find out that Michael Jordan would be creating his very own NASCAR team with the help of his good friends Denny Hamlin, who is a driver for Joe Gibbs Racing. Hamlin is the only driver in NASCAR with a Jumpman sponsorship, so the move only made sense, especially since MJ wanted to add some much-needed diversity to the sport. What made their announcement so special was the fact that their driver would be Bubba Wallace, who is NASCAR’s only African-American driver.

For the last month, news has been quiet surrounding this team, until today. In fact, Jordan, Hamlin, and Wallace all revealed the name of the team, as well as the car’s number. In the clip below, you can see that the team will be called 23XI Racing which is a mix of Jordan’s 23 and Hamlin’s 11. Naturally, the car will be sporting the number 23, which hasn’t been used in NASCAR for a few years now. Wallace reacted to the announcement saying “So ready.”

Wallace will be leaving his current team, Richard Petty Motorsports at the end of the season, where his seat will be replaced by Erik Jones who was let go by Joe Gibbs in favor of Christopher Bell.

Starting next season, Jordan, Hamlin, and Wallace will be looking to find success with a venture that is sure to turn heads.