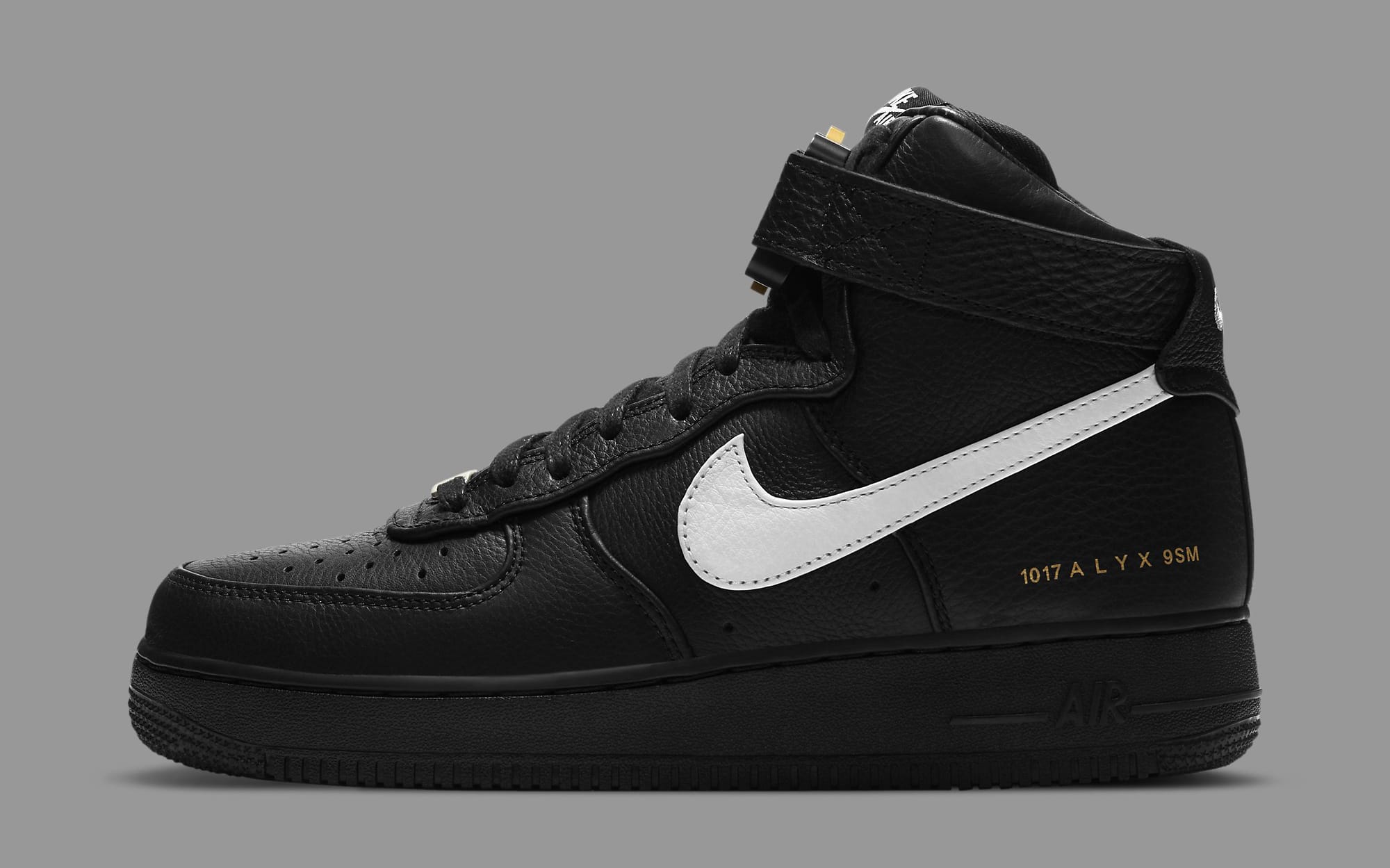 After recently teasing an upcoming Nike collab equipped with a Vibram sole attachment, Alyx founder Matthew M. Williams could have even more brewing with the Swoosh.

This time, Williams’ design takes a more traditional approach, eschewing the avant-garde aesthetic of the aforementioned collab for an Air Force 1 with signature Alyx flair. The designer previewed four Air Force 1 High colorways in triple-white, white/black, triple-black, and black/white, each of which feature lasered Alyx branding near the heel and custom dubraes and tongue tags.

But the standout element here is what appears to be the addition of Alyx’s signature buckle on the high-top’s adjustable support strap. While it’s too early to tell based on these images alone, this would make for a fitting update based on Williams’ output from his own brand and his work with Kim Jones at Dior.

No info was provided beyond these mockups, but more information on Williams’ upcoming Nike collabs is expected to be revealed soon.

Although no official photos have surfaced just yet, Alyx’s Matthew M. Williams previewed some initial mock-ups back in October 2018 highlighted by the brand’s signature rollercoaster buckle being used on the ankle, which could indicate what to expect at retail next year. Retail pricing has yet to be announced. Stay tuned as more updates on this future collab become available.

UPDATE (10/23): Now that the rumored spring 2020 release date has come and gone, Alyx has confirmed that the two black-based iterations of its Air Force 1 High collab are releasing tomorrow at Alyxstudio.com for $400 each. The release date for the two white colorways has yet to be revealed, but stay tuned for updates.

LeBron James Wears the Watch of a Champion