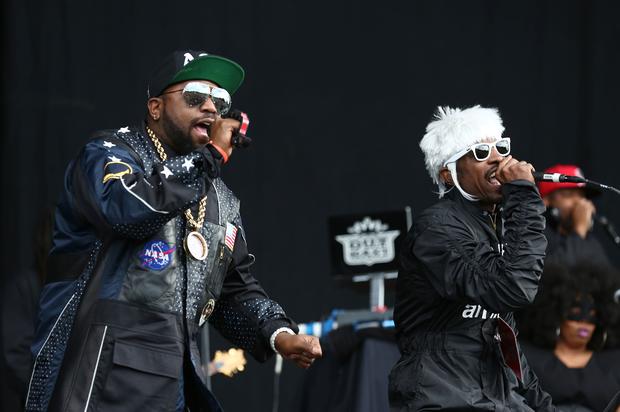 Despite not being together anymore, Andre 3000 and Erykah Badu are on great terms and have even admitted in the past that they give each other advice on their latest relationships. Perhaps part of the reason they are still such great friends is because of the bond they share thanks to their son Seven Sirius Benjamin. Most recently, Badu and Seven were seen cruising the streets of Hawaii blasting some Lil Yachty which appeared to be a phenomenal bonding experience.

Thanks to a recent post from Big Boi on his Instagram account, it appears as though Seven has found his way to his dad as Big Boi, Seven, and Andre 3000 all posed together for a picture that will surely have Outkast fans everywhere begging for some brand new music.

Big Boi didn’t divulge too much information with this photo except for the fact that they all seem to be on vacation together. The two Outkast artists always seem to generate a ton of speculation when they’re spotted together but considering how rare a three stacks verse is, fans should proceed with some very cautious optimism here.

Either way, it’s great to see these three together and having what appears to be a grand old time.

Oprah’s Beau Stedman Graham Opens Up About Their Relationship