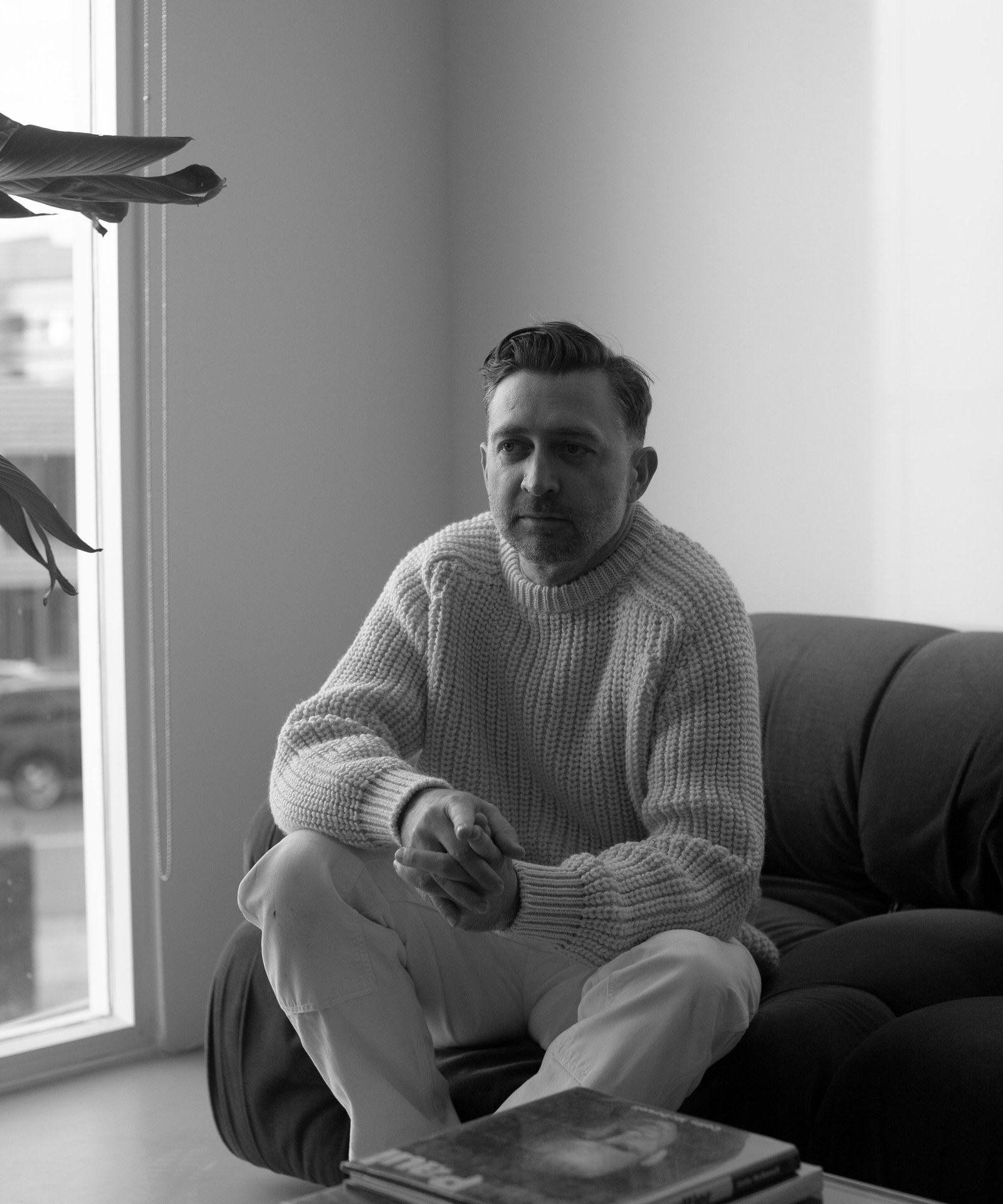 Though the Spring-Summer 2020 menswear fashion parade doesn’t officially kick off until June 8 in London, Alexander Wang set the tone for the season on Friday night. At Rockefeller Center—never before home to a fashion show—Wang showed a collection inspired by the New York designers who paved the way for his late-aughts rise. A massive LED stage served as the runway, set up in front of the gold Prometheus statue. About the size of the Rock Center ice rink, the stage is a hallmark of creative director Willo Perron, who designed the show. It was reminiscent of the one that Perron made for Drake’s last tour, the one with the flying Ferrari—and it was the spectacle, shifting from a pulsing white field to an American flag blowing in the wind, which provided the backdrop for the perfect Instagram after the show. And since it was held at the beating heart of Manhattan’s tourist district on a Friday night, the public ringed the granite space hooting and waving when Pete Davidson (yes) and Kaia Gerber took their turns strutting through the space.

According to Perron, the show is a preview of the scale, ambition, and access he would like to bring to the fashion circuit. Perron isn’t the type to embrace the spotlight, but with his design firm, Willo Perron & Associates, he has quietly creative-directed some of the most iconic events in recent pop cultural history: Rihanna’s ANTI tour, Kanye West’s SNL 40 performance, Drake’s tour. Ever been to a Stüssy store? Perron designed those, too, as well as Kanye’s Yeezy studio in Calabasas. He even won a Grammy for the package design he did for St. Vincent’s Masseduction album. That’s being a modern creative director, in a nutshell: Perron is basically able to project his extremely dialed-in taste on any medium of any scale, whether it’s an art book or a blockbuster world tour.

In a cab on his way to put the finishing touches on his first fashion show, he discussed how the format stays relevant at a time when fashion labels are grappling with its cost, whether the schedule makes sense, and what to do about social media.

GQ: I’ve been thinking about how fashion shows used to just be Diana Vreeland and some buyers looking at fashion. It was very private and intimate. And now, basically everything has changed about the ways that designers present clothing, but there are still models walking down a runway, wearing clothes. Do you think that’s still the best way for people to view fashion?
Willo Perron: For the most part you’ll only really see clothes—how it fits and how it looks and how it drapes and how it moves and everything else—on the person. Especially as you go more and more online, you still need the physical representation, which is gonna be on models. That is the one part that you can’t really do away with. And I think [fashion shows] have been very kind of elitist, it’s been kind of for this very small group of people for a really long time. And in the near present I’ve invited the public into the equation. I can only see it kind of going more and more that way. The grandiosity of things like the Chanel show and how badly people want to go to something like that … it seems weird to not eventually have it be a paid event or almost like a concert, a festival.

And tonight there’ll be public engagement because it’s in Rockefeller Center. Why’d you want to hold the show there? Can you walk me through the steps of putting tonight’s event together?
Well the whole show is an homage to New York and the New York designers of the past and that energy and kind of really embracing the space and the city. And so there were a bunch of ideas flung around for the sheer iconography of them. Rockefeller Center was just one that worked on all fronts, in terms of both having a space for editors and guests, and also something that the public can engage with. And the iconography of that Prometheus statue that’s been in every New York City movie… How do we kind of readopt these things that are very much the fabric of the city?