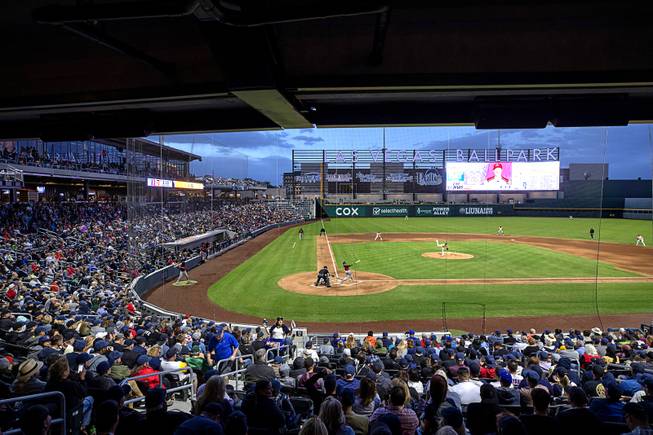 Aviators attendance best in Triple-A, even better than this MLB team

Baseball in Downtown Summerlin appears to be a hit as the Las Vegas Aviators are leading all Triple-A franchises in attendance through the initial 28 games at the new Las Vegas Ballpark.

In fact, not only are the Aviators drawing better than the other 29 Triple-A teams, they are also averaging more fans per game than the major-league Miami Marlins.

Lehigh Valley, the Triple-A affiliate of the Phillies, is second in total home attendance with 227,730 fans. The Charlotte Knights are second in fan-per-game average at 8,349.

By comparison, the Marlins have drawn only 274,883 fans over 29 home dates at Marlins Park through Thursday. That’s an average of just under 9,500 per game.

The Aviators begin a series tonight against the Round Rock Express.