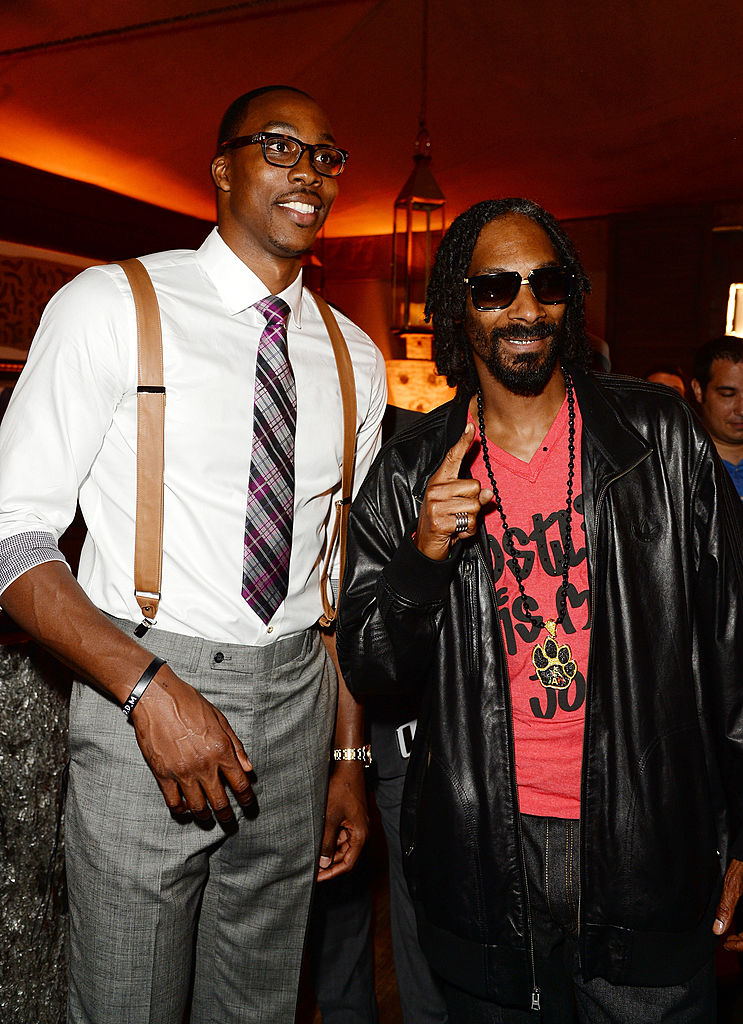 Dwight Howard clocked in some studio time with Snoop Dogg over the legend’s birthday weekend.

Dwight Howard can be considered one of 2020’s comeback kids, winning his first-ever championship with the Los Angeles Lakers. The big man was counted out by many teams, including the Lakers after his first stint, but he proved capable of adjusting his game and filling a specific role, providing effort, rebounding, and more for the LeBron James-led squad.

He’s been on a championship high, which has been dampened by claims made by the mother of his children, as well as his 12-year-old son, but he’s keeping a smile on his face. This week, he managed to find his way in the recording studio with one of the all-time greats, linking up with Snoop Dogg.

“Sunday funday,” wrote Uncle Snoop on Instagram, sharing a picture with a crowd of people in the lab, including Dwight Howard. Obviously, the center is the tallest man in the room but Snoop isn’t much shorter, appearing to only be a few inches smaller than Dwight.

Do you think Dwight got on one of Snoop’s songs or did he just sit in on a session with the legend?

The D-O-G-G recently celebrated his forty-ninth birthday, showing off an exclusive cake that Xbox gave him to celebrate the upcoming Xbox Series X.

Dwight Howard has been making headlines as his ex, Royce Reed, calls him out for being a deadbeat dad.