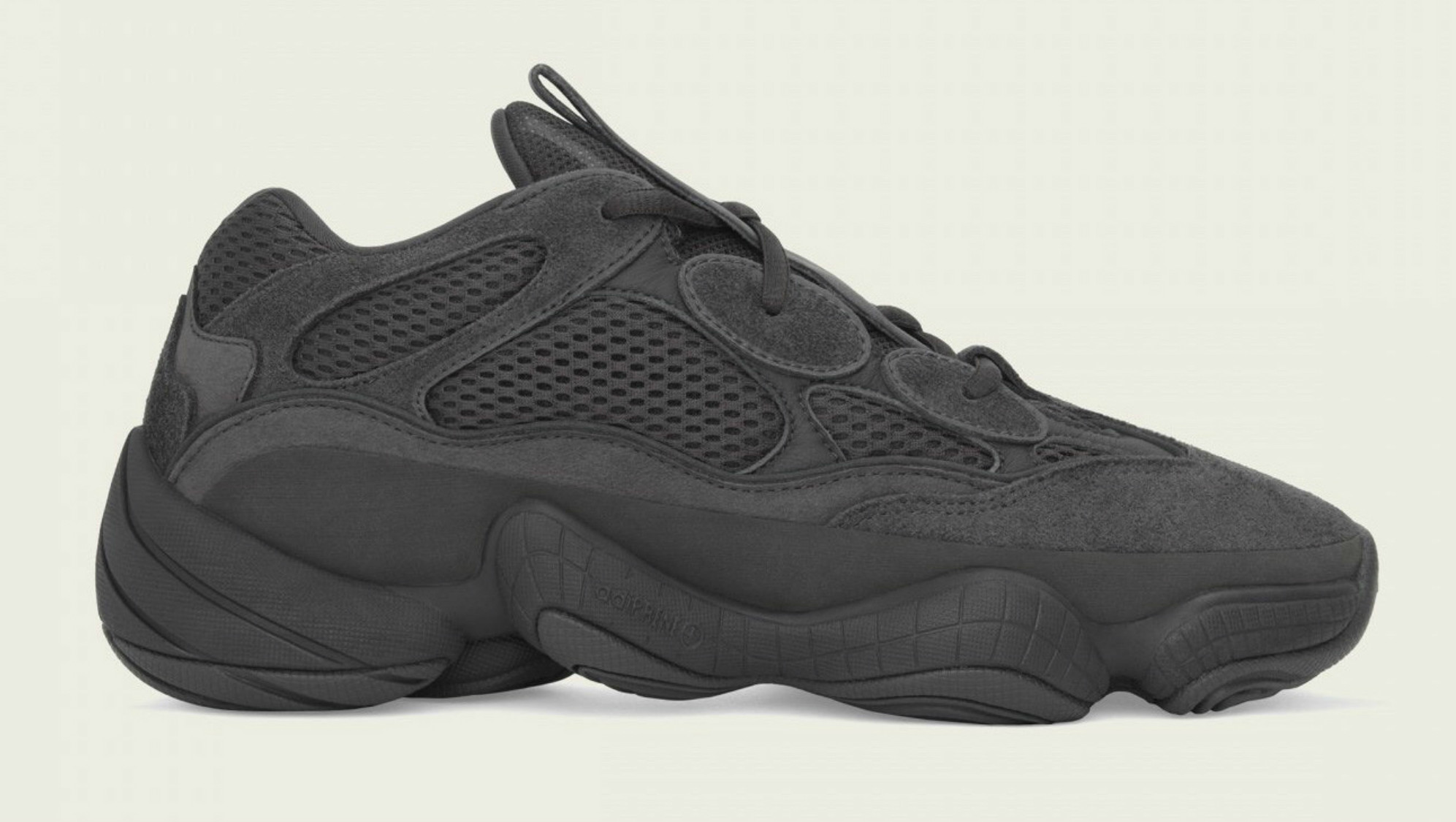 The 2020 holiday lineup for the Adidas Yeezy line could potentially include a restock of the “Utility Black” Yeezy 500s according to the Yeezy Mafia.

The stealthy iteration of the Yeezy 500 initially released in June 2018, but the Yeezy leaker account revealed today that it will return in November at its usual stockists including on Adidas.com/Yeezy, Yeezy Supply and at select Adidas Originals stores for a retail price of $200. This pair will be joining the black and red colorway of the Yeezy Boost 350 V2 as it’s also reportedly restocking this holiday season.

As of now, Adidas has yet to announce that the “Utility Black” Yeezy 500 is returning.

UPDATE (10/31): New information regarding next month’s “Utility Black” Yeezy 500 restock has surfaced. According to the Yeezy Mafia, the stealthy makeup from 2018 will return to shelves on Nov. 30 for $200. Stay tuned to Sole Collector for updates.