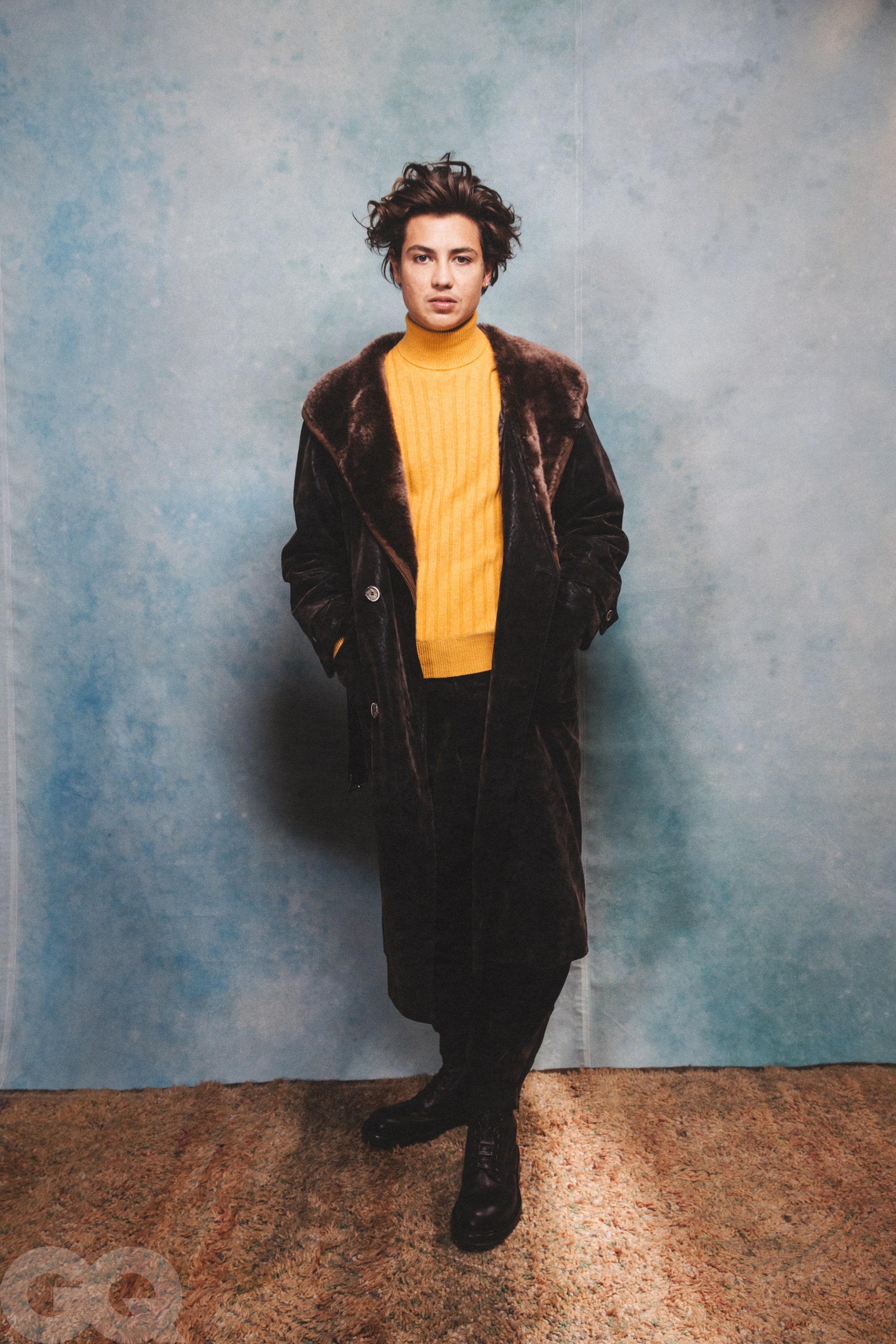 To paraphrase Juelz Santana, Sean Pablo is 23 and lives a crazy life. He’s the heartthrob of Supreme’s skate team, known for his balletic 360 flip and badass grimace; he also rides for Jason Dill’s skate brand, Fucking Awesome. He travels all around the world with Supreme, having his photograph taken and filming for the next skate video; hangs in New York with his pal Chloë Sevigny (“He’s a charmer,” she tells me by phone), secretly making “emo-rap rock” (his words) music on the side; and hunts for vintage in the world’s coolest flea markets—both for his own collection and for his brand of hoodies and tees, Paradise NYC. Yet somehow for this languid pro skater, all this isn’t quite enough. Over the past two or three years, he’s grown from the boy in 2014’s “Cherry” with “Take My Virginity Away” written on his deck into a young if hesitant superstar, but big aspirations for a creative life beyond what he can do on a board still loom large for him.

When we meet, in Tompkins Square Park, Supreme had just dropped its fall look book—a veritable holiday for hypebeasts. “I definitely have a mean mug,” he says. “A lot of people in the comments section were like, ‘Cheer up, man!’ ” In person, though, he is sweet and open about everything except where and how he does his hair. “I can’t disclose that,” he says with a laugh. He’s boyish and almost shy. “I always smile. Even when I don’t want to.” Whether he’s smiling or not, though, his mad coiffure and his ’90s-inflected style make him look like he should have been hanging out in the Viper Room with Johnny Depp and Christian Slater two decades ago, not in the East Village in 2020.

Jason Dill discovered Sean Pablo (he chooses to use his middle name in place of his more generic-sounding last name, Murphy) and his close friend, fellow Supreme and Fucking Awesome rider Sage Elsesser, skating together when Sean Pablo was just 10 years old. “For being a good-looking kid and being in his position, he wasn’t ready for none of this,” Dill says, calling from somewhere in Utah. “He was a young duckling who turned into a swan.”

Sean Pablo is part of a tradition of handsome skateboarders, Sevigny says, like Dylan Rieder and Alex Olson, “that offer something more—that have a charisma. People just crush out on them. There’s a mystery and a nuance, and obviously the beauty is captivating as well.”