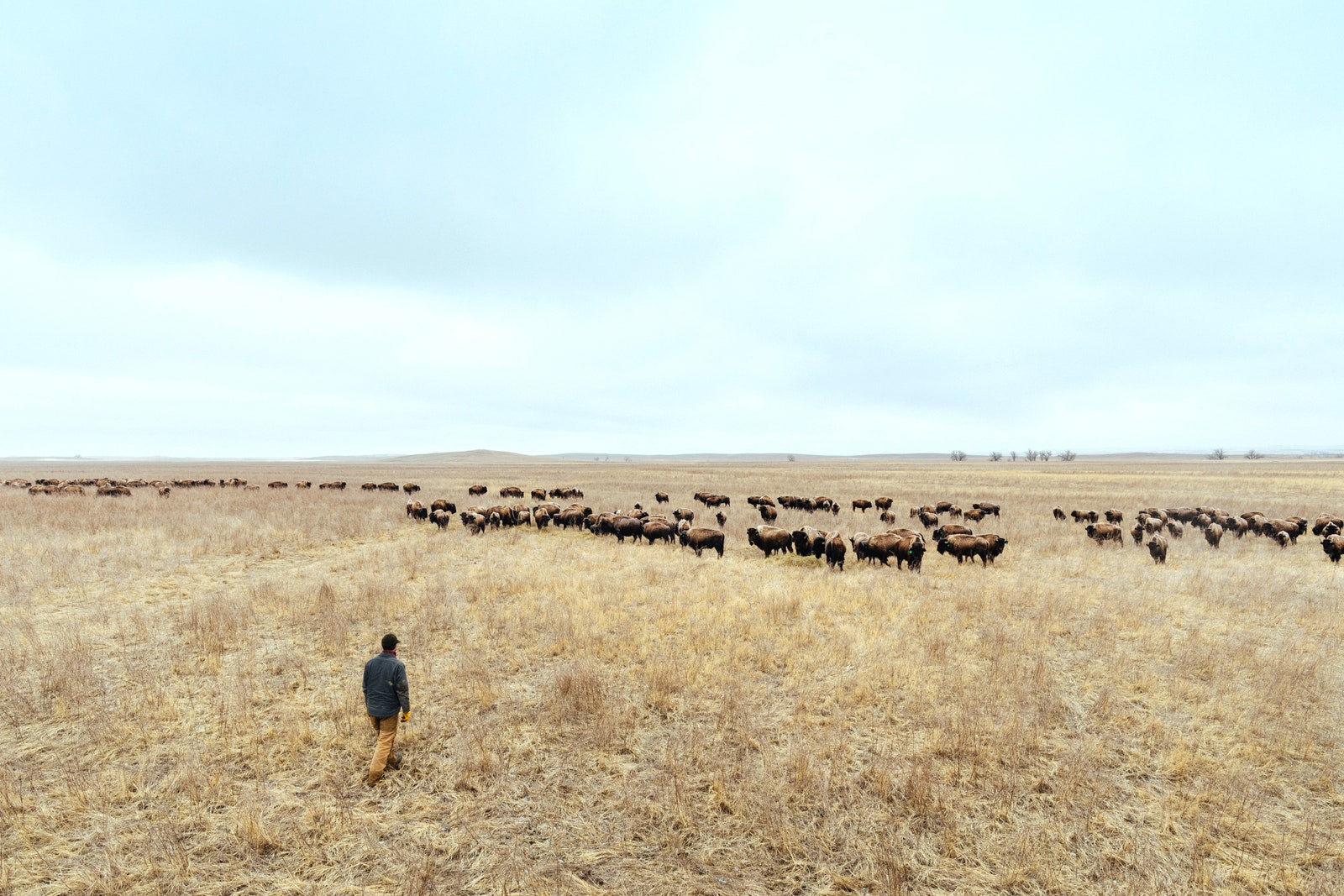 Can These Patagonia Boots Help Save the Planet?

“The idea behind this boot is really the idea of progress,” says Jason Gonzales, the head of marketing at Patagonia Workwear. “If we can help the ranch by providing a market for those hides, then we’re sort of helping the prairie, which helps fight climate change.”

Of course, when you’re limited to a finite byproduct, you can only make use of however much you get. That’s why Patagonia is launching with just 1,000 pairs—500 for men and 500 for women.

“In the world of footwear, that’s like a sale sample run for one style with Nike,” says Auman. “This is very niche, and that’s the reality of the supply chain, which is great, because this was just a way to use those hides that were getting composted in the field.”

The boots took two years to develop. Few tanneries had experience working with bison leather—and Patagonia, staying true to its mission, demanded a more environmentally sound method than the typical process, which requires harsh chemicals. After heavy research, Patagonia partnered with Chicago’s Horween Leather Co. and the custom boot maker Hugal, in Portugal. Even just skinning the animals proved difficult, as the harvesting crew at Wild Idea, which breaks down the animals in the field, had to remove the skins without so much as a single knife mark. (Typical cowhides are skinned with a machine in a factory.) Because the leather is from wild animals, and because they’re skinned in the same field they’ve lived in their entire lives by skilled workers, every piece of leather is different, which means every boot is unique.

“When we got a clear grasp on what the tanner and boot company needed,” says Wild Idea’s ranch manager, Colton Jones, “some of our workers returned to their old Lakota ways of skinning, which they learned through their ancestors.”

The result of all this effort is a pair of truly hand-made boots, from the harvesting of the animals down to the construction. The buffalo leather has a natural grain to it that gives it a unique look and feel—like the difference between a live-edge table and a particleboard one from Ikea. These boots are designed to show off their inconsistencies and take on even more character as they age.

Also, unlike typical leather, bison leather is supple from the start, meaning the break-in process is much different. The Wild Idea boots still conform to your feet over time, like cow leather, but they’re soft from the beginning, and designed to only get more comfortable with wear. “That is just one of the inherent beauties about buffalo: It has its own soft stretch to it,” says Auman.

It’s also more durable. Jones, the ranch manager, has been wearing his pair for the past year. “I wear the heck out of them, and they’ve held up great,” he says. “The durability of them is better than anything that I’ve worn, and just by looking at them, you can tell they’re a premium product. They feel like a premium product.”

Patagonia’s new boots may not infiltrate the cultural zeitgeist in the same way as its Power Vest (mercifully), but it’s a fair bet that they’ll become a treasured item for the lucky few who can snag a pair.

“The long-term goal with this project has always been to make a boot the right way, from the grass the bison are grazing on to the boot itself,” says Jones. “So to be able to walk out in those pastures, in that grass, where those boots started, it’s a pretty profound feeling, especially as we see how excited consumers are about these boots. Now we just need to get more people eating bison meat.”

11 Best Robot Vacuums of 2020: Suck Up Dirt While Soaking Up Life