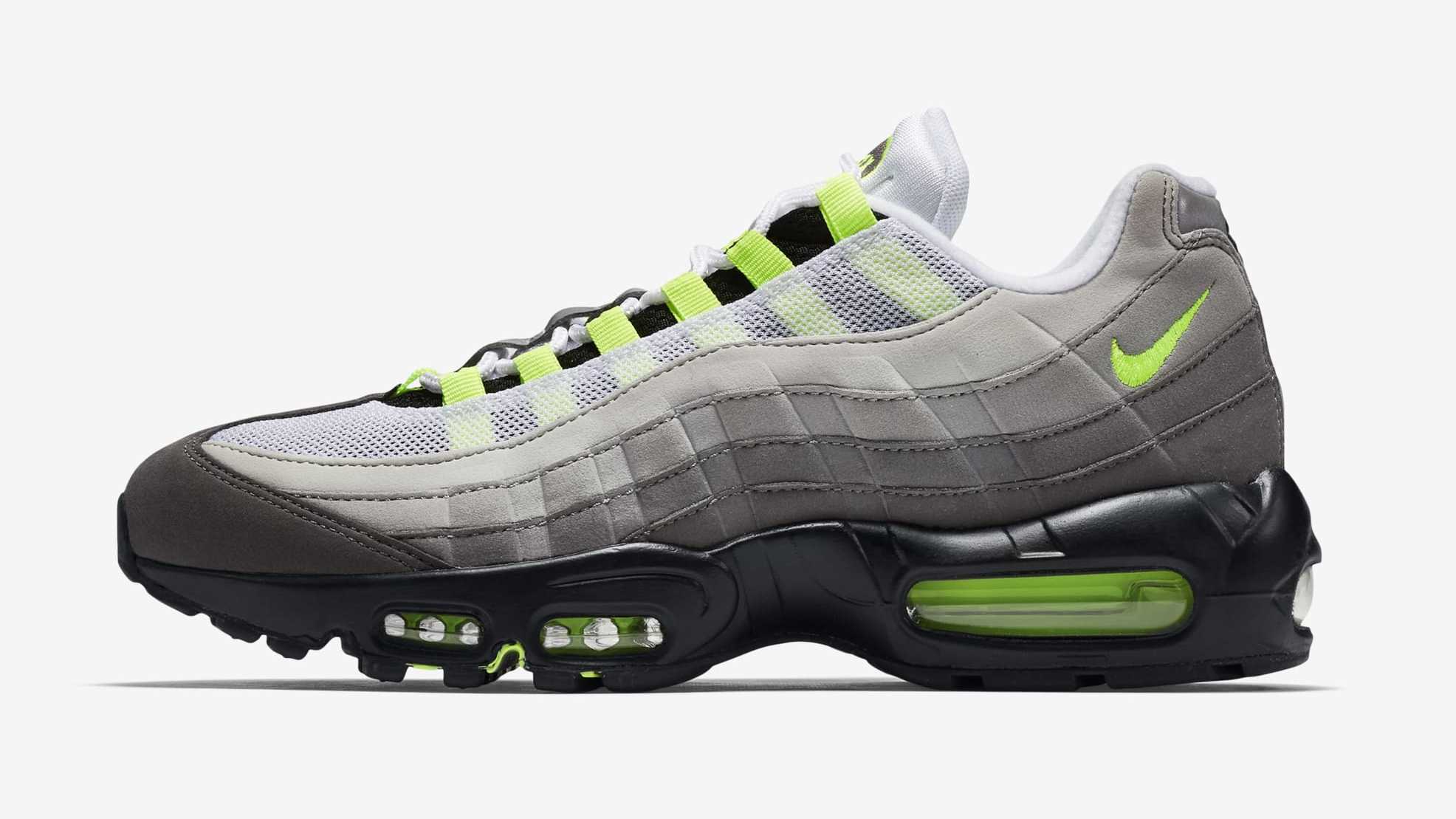 Although the Air Max 90 has gotten much of the attention in 2020 due to its 30th-anniversary celebration, it appears that Nike is also celebrating the 25th anniversary of the Air Max 95 with the OG “Neon” colorway rumored to return this year.

According to Sneaker Files, the re-issue of the style is due out sometime during the fall season. While early images have yet to leak, the shoe is expected to remain true to the original with grey gradients on the upper that’s paired with neon accents on the eyestay, mini Swoosh branding by the heel, and within the signature Air Max unit in the midsole. It’s also worth noting that the pair pictured above is the 2015 release.

UPDATE (11/03): Additional release details regarding this year’s “Neon” Air Max 95 release have surfaced. According to House of Heat, the beloved style will return to shelves on Dec. 17 for $170, but Nike has yet to officially confirm the info.