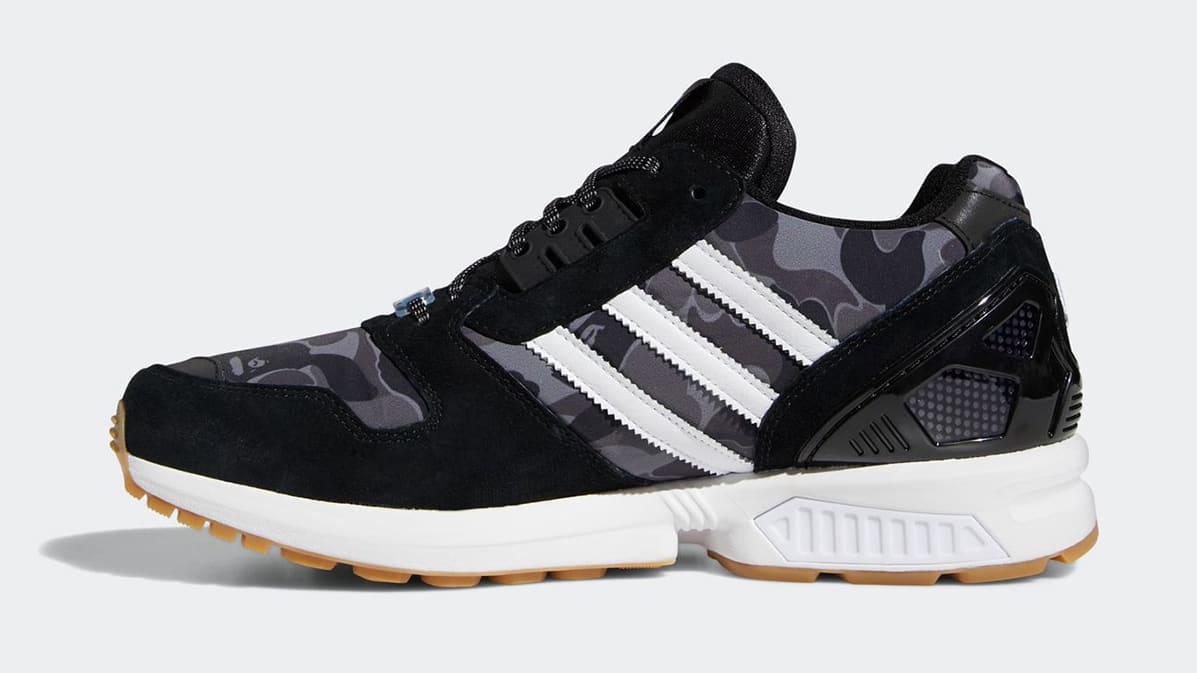 Fresh off of announcing the ZX 5000 “The U” this week, the latest sneaker for the Adidas A-ZX series is a ZX 8000 designed in collaboration with Bape and Undefeated.

Official photos have surfaced of the three-way sneaker collab revealing Bape’s signature black camo covering the mesh parts of the upper which are paired with suede overlays and a plastic heel counter. Undefeated’s presence is felt with gold branding on the eyestay as well as its signature five-strike logo embroidered on the heel. Capping off the look is a contrasting white midsole and a gum outsole.

The first Adidas A-ZX series was released in 2008 and this year, the brand decided to  revisit the concept. Thus far, Adidas has partnered with collaborators including Atmos, Concepts, and LEGO, with each shoe representing a specific letter in the alphabet. The Bape x Undefeated x Adidas ZX 8000 collab is expected to represent the letter B, specifically “B.U.” as labeled on the brand’s interactive A-ZX website.

As of now, a release date for this Bape x Undefeated x Adidas ZX 8000 collab has yet to be announced by the brands, but stay tuned to Sole Collector for updates.

UPDATE (11/02): Adidas has confirmed the release details for the Bape x Undefeated x Adidas ZX 8000 collab, which now includes a previously unseen green colorway as well as the black-based makeup, both releasing globally on Nov. 20 for $140 each. The black colorway will be available through Bape, Undefeated, and adidas.com/A-ZX whereas the green colorway is launching exclusively at BAPE and Undefeated stores.