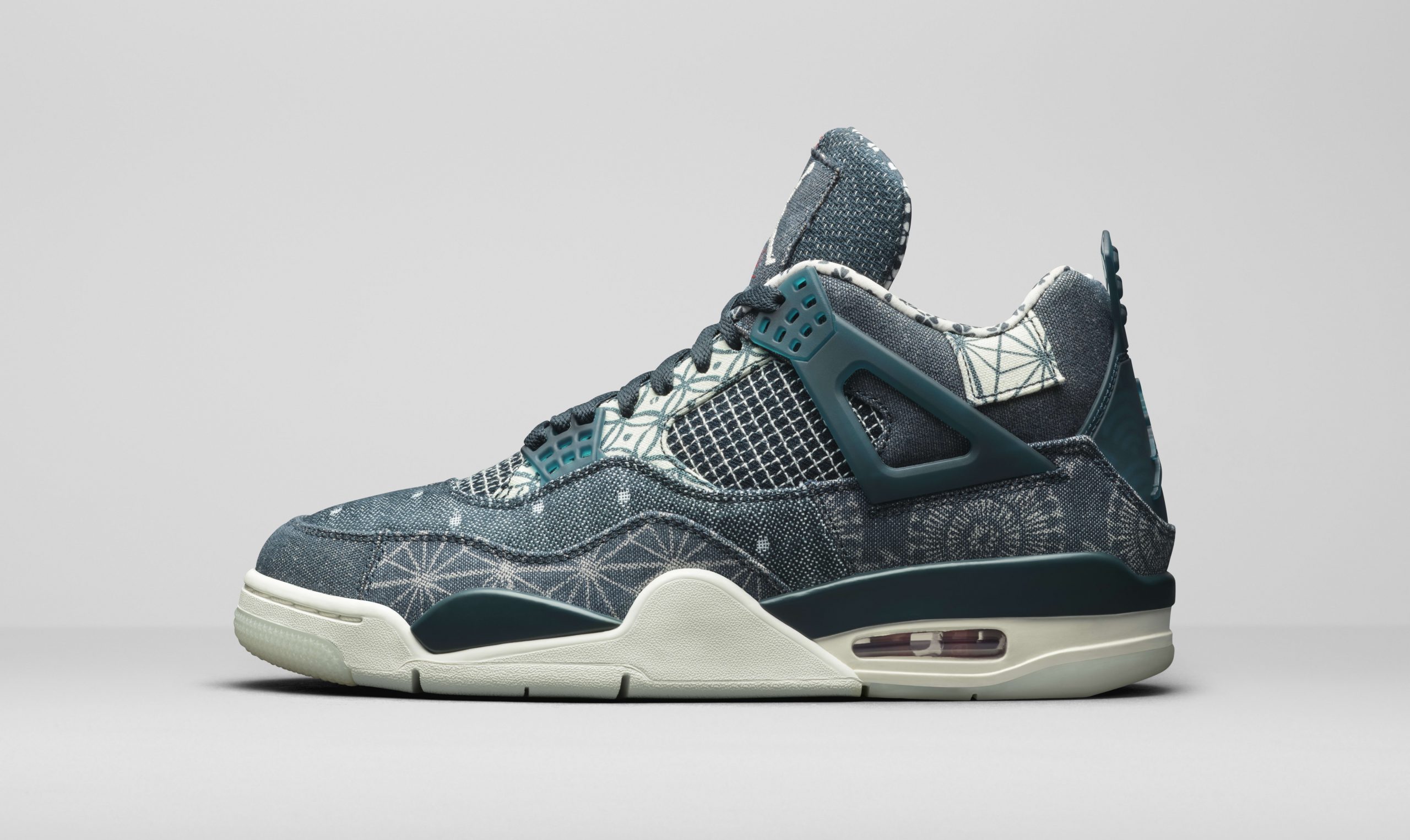 After Nike recently applied the sashiko stitching method to the SB Dunk Low and the Kyrie S2 Hybrid, Jordan Brand could use the Japanese theme for an upcoming release.

Although details are currently slim, a leaked image provided by wavegod_thelegend shows what looks to be the toe box of the popular Air Jordan 4 wearing a patchwork denim that could be created from the aforementioned stitching style that’s generally used on worn-down materials to make it “new” again. The remainder of the shoe remains unseen, but it’s likely that the theme will carry onto the rest of the upper.

As of now, Jordan Brand hasn’t confirmed that a sashiko-styled Air Jordan 4 is releasing but stay tuned to Sole Collector for new developments as they become available.

UPDATE (11/09): After it was confirmed to be dropping as part of Jordan Brand’s Air Jordan Retro collection for the holiday season, we finally have a release date for this sashiko-styled Air Jordan 4. According to zSneakerheadz, the new colorway will hit stores on Dec. 5, but will only be available at retailers outside of North America.