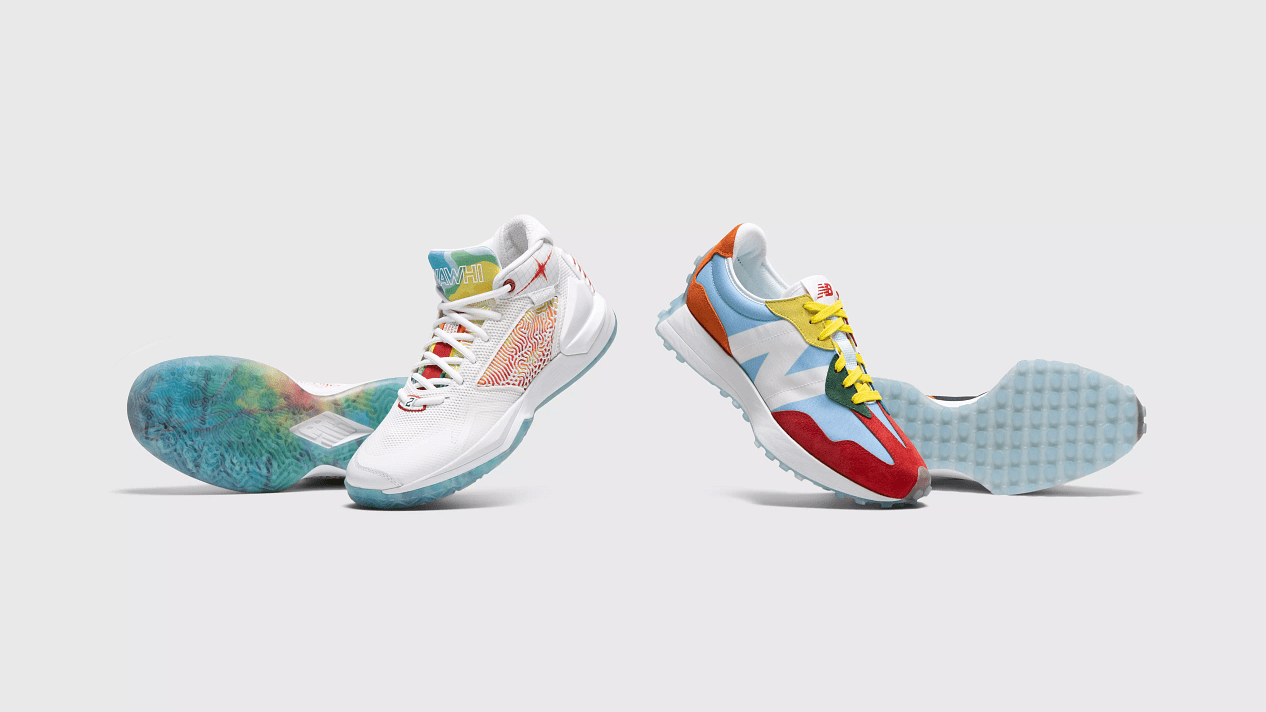 Kawhi Leonard’s signing with the Los Angeles Clippers was one of the biggest moments in last year’s NBA free agency period. The move not only shook up the landscape of the league, but a 7.1 magnitude earthquake also struck his hometown state that same day. Now, New Balance is referencing those events with the latest release of Leonard’s signature shoe.

Dubbed “Seismic Moment,” Leonard debuted this pair during the 2020 NBA All-Star Game where he captured the first-ever Kobe Bryant MVP Award. The shoe dons a colorful makeup with details referencing last year’s free agency with the coordinates of Leonard’s hometown appearing on the heel and a Richter scale of 7.1 seen on the collar and outsole.

Releasing alongside the Kawhi “Seismic Moment” is a new iteration of the 327 lifestyle shoe wearing a similar color scheme as well as a matching apparel collection.

“Kawhi wanted to honor his hometown and the monumental decision to come home and play there,” says Jonathan Grondin, New Balance’s Design Director for Basketball. “We used the earthquake to drive the design, even looking to the shake map for the sole unit. Kawhi’s decision to come home shook the hoops world and this design pays homage to that important moment.”

The entire New Balance “Seismic Moment” collection will be released on NewBalance.com and at select retailers on Nov. 11. The 327 and the Kawhi will retail for $90 and $160, respectively.