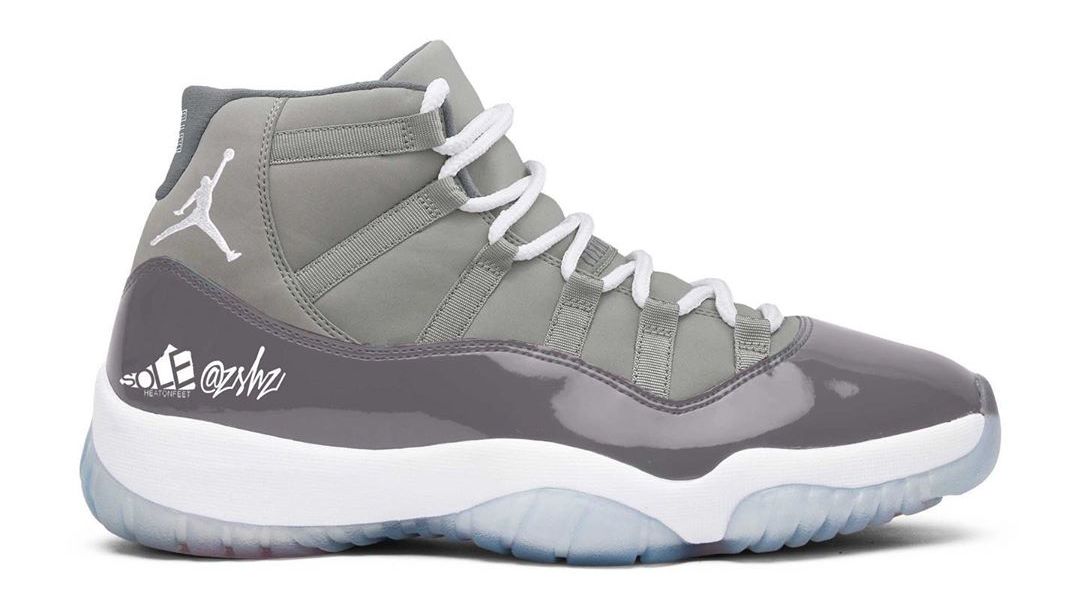 Although Jordan Brand shut down the idea of the Air Jordan 11 “Cool Grey” releasing this holiday season, early reports are indicating that the popular style is returning to shelves in 2021.

Leaked info from Soleheatonfeet indicates that an Air Jordan 11 dressed in a medium grey, white, and cool grey color scheme will be part of the brand’s holiday lineup next year. There’s still over a year from now until the time that the shoe is expected to release, but a mock-up photo shared by zSneakerheadz suggests that the pair will resemble the “Cool Grey” color blocking with nubuck and patent leather upper and an icy translucent outsole.

One of the most popular non-original Air Jordan colorways ever, the “Cool Grey” Air Jordan 11 debuted in 2001 and released again in 2010.

As of now, Jordan Brand hasn’t confirmed that the Air Jordan 11 “Cool Grey” is returning next year.