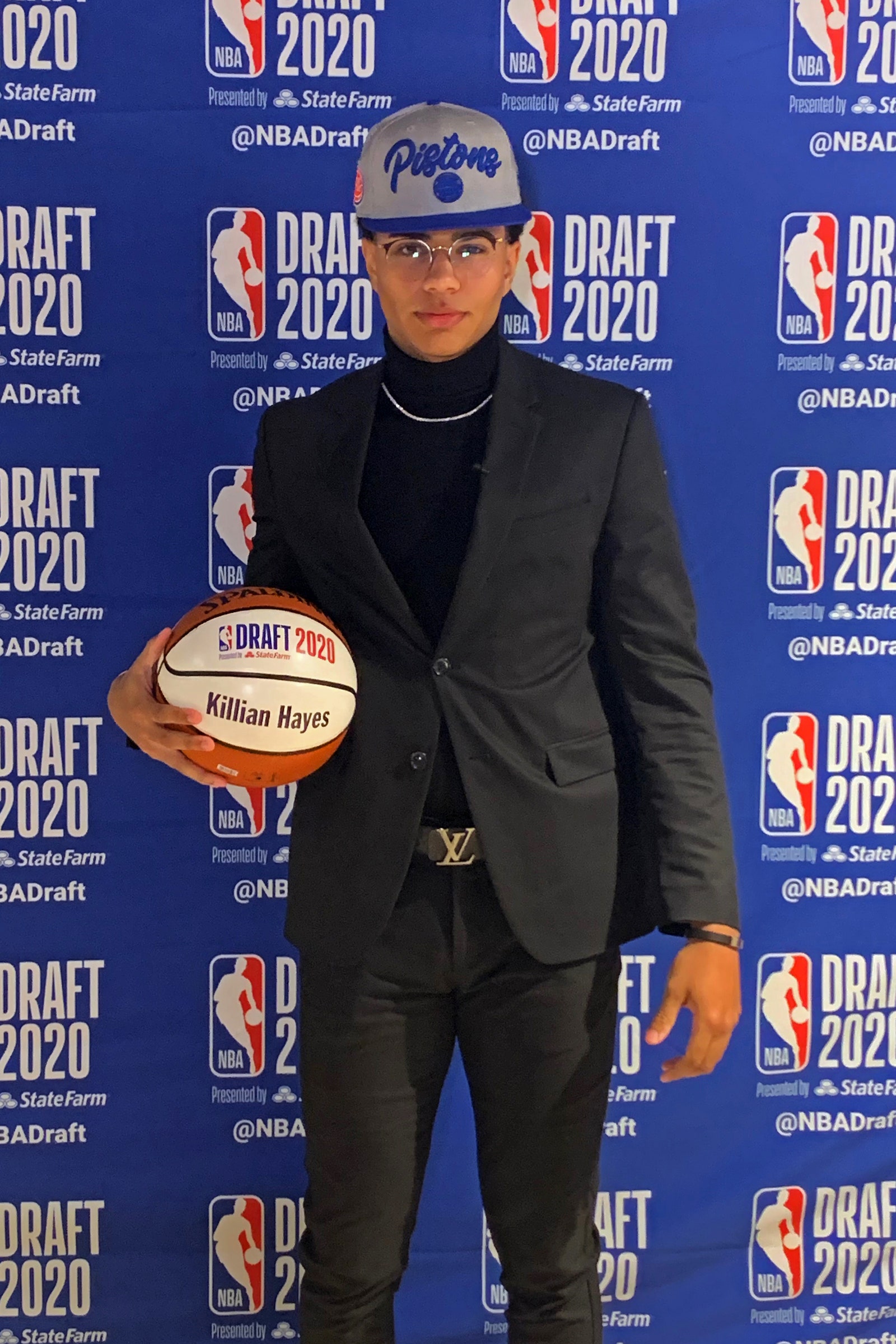 The Socially Distanced NBA Draft Was a Big Fits Bonanza

For last night’s NBA draft, LaMelo Ball put on sparkling, studded, and golden shoes, and for a brief moment all was right in the world. For the better part of this year, we’ve been digging into the drab, depressing world of pandemic fashion. But the NBA Draft remains one of the tentpoles of the style calendar—and the new crop of players picked last night were, blessedly, undeterred by our new reality. With the Barclays Center green room off limits, draftees were sent their own step-and-repeats to set up at home, and they dressed up like they had a red carpet to walk and NBA commissioner Adam Silver’s hand to shake.

The NBA draft was absolutely teeming with exactly the type of fits you want to see at an event where lifelong dreams are being fulfilled: outrageous, overconfident, and ebullient. In addition to his golden shoes, Ball wore a Saint Laurent suit with gold embroidery on the back: his number, 1, flying on angel’s wings, with a halo hovering over it. He wore a chain with a pendant in the same shape (he also has the design tattooed on his chest). Cole Anthony, the newest member of the Orlanda Magic, wore a gold-embroidered jacket that would make Liberace blush. New Orleans Pelicans selection Kira Lewis Jr. wore a big floppy bowtie, Devin Vassell of the Spurs picked a sumptuous double-breasted jacket in red velvet, and Frenchman Killian Hayes said bonjour to the NBA in signature fashion: way-too-slim suit, black turtleneck, and a pair of spectacles.