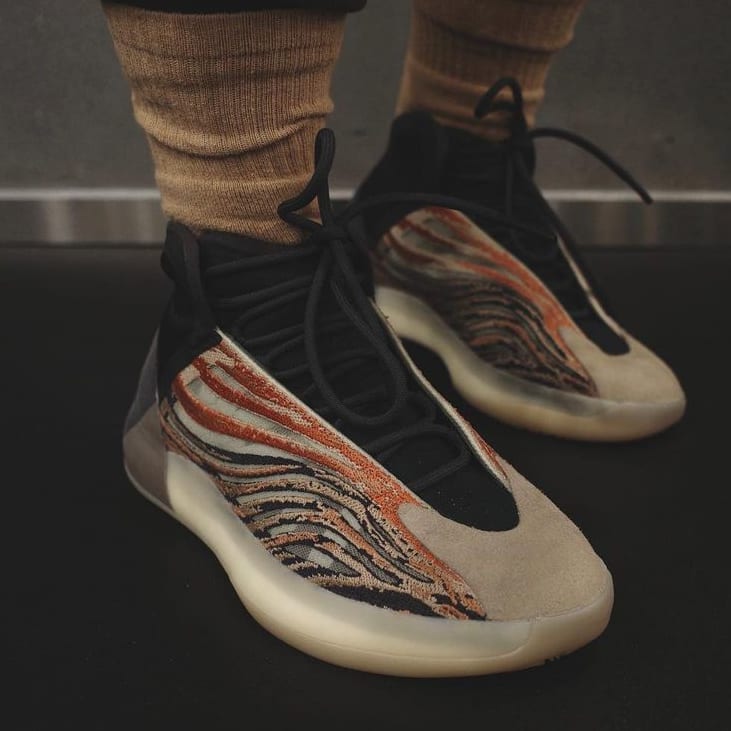 According to @Py_rates, the Adidas Yeezy QNTM in the “Flaora” iteration is dropping sometime in May. Despite the lack of imagery available at the moment, the account shared a mock-up rendering of the forthcoming style revealing a predominantly orange and tan color scheme with see-through stripes expanding across the mid-panels, while brown accents appear by the ankle collar and toe cap. Similar to previous styles, a full-length Boost midsole and translucent outsole sit below.

As of now, the Adidas Yeezy QNTM “Flaora” is rumored to release in May for a retail price of $250, but an official date has yet to be confirmed by the Three Stripes.

UPDATE (02/20): Thanks to @Sneakertigger on Instagram, here’s a first look at the upcoming “Flaora” (Flame Orange) Adidas Yeezy QNTM make-up reportedly releasing in May. As of now, the official release info has yet to be confirmed by Adidas but keep it locked to Sole Collector for updates.