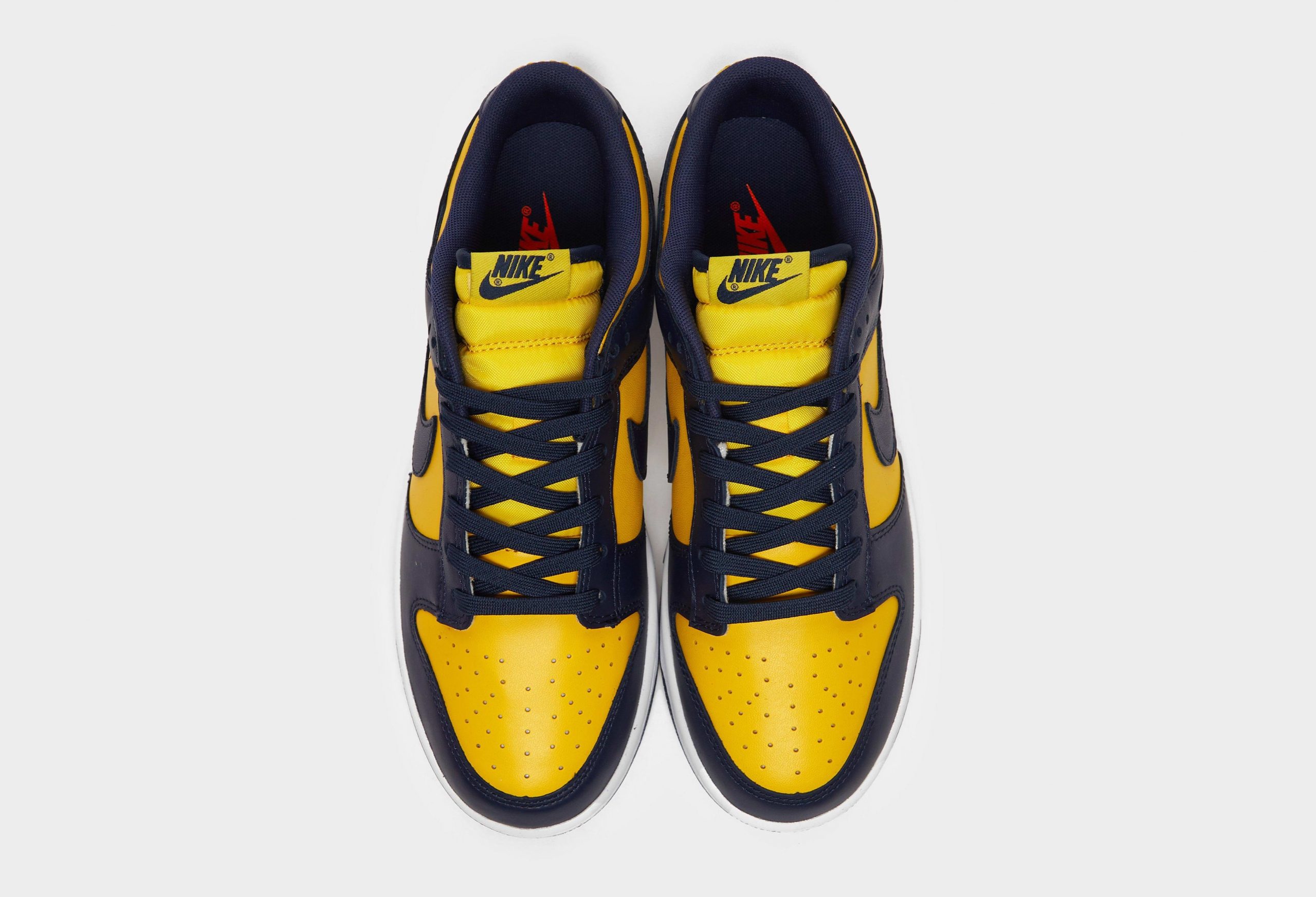 It was only a few months ago that Nike reissued the classic “Michigan” Dunk Highs but it appears that the style is returning again in 2021, this time as a low.

Retail images of the forthcoming pair made rounds on NikeTalk this week but at the time of publishing, only the grade school sizes have surfaced. Inspired by the Michigan Wolverines’ team colors, the Dunk Low wears a maize and navy blue color combo on the leather upper while a white midsole breaks up the look from the navy outsole. Similar to its high-top counterpart, the school’s official branding doesn’t make an appearance on the shoe.

According to zSneakerheadz, the “Michigan” Nike Dunk Lows are scheduled to release sometime in early 2021 but a specific launch date has not been established. Keep it locked to Sole Collector for new developments as they become available.